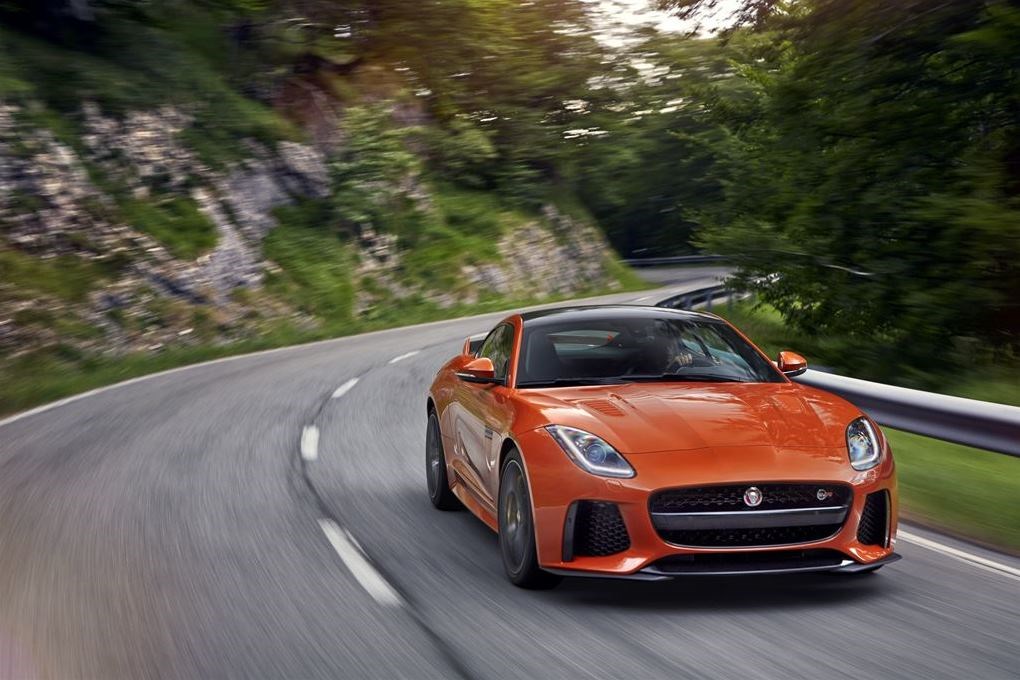 Jaguar has opened the order books for the 200mph, four-wheel-drive  F-Type SVR coupe and convertible ahead of their arrival in showrooms this summer.

The fastest ever F-Type is being introduced to UK dealership in both coupe and convertible form, priced at £110,000 and £115,485 respectively.

Both versions of the new F-Type – a product of Jaguar Land Rover Special Vehicle Operations – feature the same five-litre supercharged V8 engine, which delivers 567bhp and 516lb-ft of torque.

Jaguar claims that the coupe will reach 60mph in 3.5 seconds and hit a 200mph top speed. The convertible, meanwhile, will reach a top speed of 197mph.

Jaguar design director Ian Callum said: “The purity of the F-Type’s form is something truly special, but in designing the new F-Type SVR we had the opportunity to create something even more dramatic. Every additional form, line or component is there for a reason, and contributes to the car’s increased performance as well as its
presence.
“Cutting-edge aerodynamics has always been fundamental to Jaguar design, and everything from
the enlarged air intakes to the active rear wing is essential to the new F-Type SVR’s dramatic looks and 200mph potential.”

Jaguar claims that the F-Type SVR is 25kg lighter than the standard all-wheel-drive F-Type. A titanium exhaust system, forged alloy wheels saving up to 13.8kg per corner and a carbon fibre roof panel (for the coupe) are among the weight-saving measures employed.

Optional carbon ceramic brakes will shave a 50kg from the car’s weight.

An automatically-deployed rear spoiler reduces the SVR’s drag and lift coefficients of 2.5 per cent and 15 per cent respectively compared to the F-Type R with its spoiler deployed.