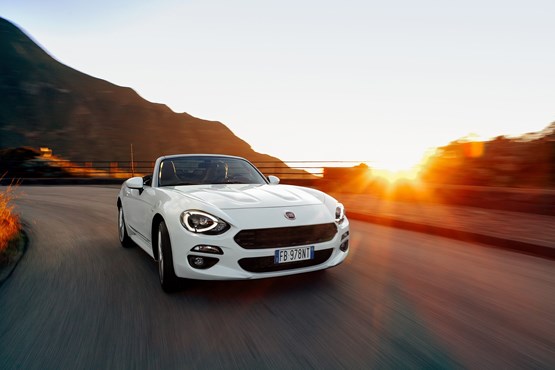 Fiat has sold-out of the limited-run Anniversary Edition of its new 124 Spider ahead of the sports car’s September 10 arrival in showrooms.

Revealed for the first time at the 2016 Geneva Motor Show in March, the £23,295 124 Spider Anniversary Edition was designed to commemorate the 50th anniversary of the unveiling of the original roadster in Turin in 1966.

Only 124 numbered examples were made available to UK enthusiasts and Fiat UK’s head of brand, Sebastiano Fedrigo, hopes that the early sell-out success is a sign of things to come for the two-seater offering. He said: “The interest in FIAT’s reborn roadster has been incredible and that’s before most people have even seen the car in the metal.

“Once the FIAT 124 Spider hits the streets and showrooms, even more people will begin to fall for its style and presence and once they drive it, they will be hooked.”

The Anniversary Edition comes with Passione Red paint; a premium silver finish on the windscreen frame, rollover bars and door mirrors; a numbered "Anniversary Edition" plaque and a 124 Spider badge on the front grille.

The car is powered by a 1.4-litre, MultiAir, turbo-charged four-cylinder engine, which delivers 138bhp and 177lb-ft of torque, and claims a 7.5 second dash to 62mph and 134mph top speed.

AM Poll
Should pre-Euro5 cars be taxed punitively to encourage owners to change to newer, more efficient cars? Please leave a comment
Vote
View all
407