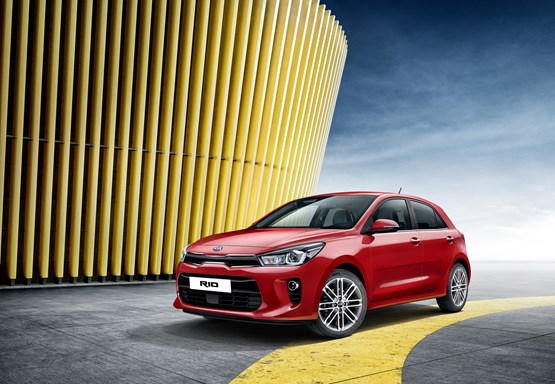 Kia has revealed images of its fourth generation Rio hatchback ahead of the new model’s official unveiling at the Paris Motor Show later this month.

The new design, which has been led by Kia’s design centres in Germany and California, in close collaboration with the company’s global design headquarters in Namyang, Korea, will be unveiled at the show on September 29.

Defined by a greater prevalence of horizontal lines and sharp contours, the new Rio wears the latest evolution of Kia’s ‘tiger-nose’ grille, now thinner in height and wider across the front of the car.

At the front end integrated bi-function projection headlamps project a new U-shaped LED light signature, while the rear section of the Rio is now more upright, with a near-vertical rear windscreen and a shorter overhang.

Kia said in a statement that the Rio’s new interior “will offer motorists a modern new cabin design, featuring sculptural forms and a more ergonomic layout than its predecessor”.

Straight horizontal lines reflect the exterior design, running the width of the dashboard to give the cabin a wider appearance and increasing the sense of space for occupants.

The new HMI has allowed Kia to reduce the number of buttons on the centre console.

A ‘Red Pack’ for the Rio gives buyers black with red faux leather-trimmed seats throughout the cabin.