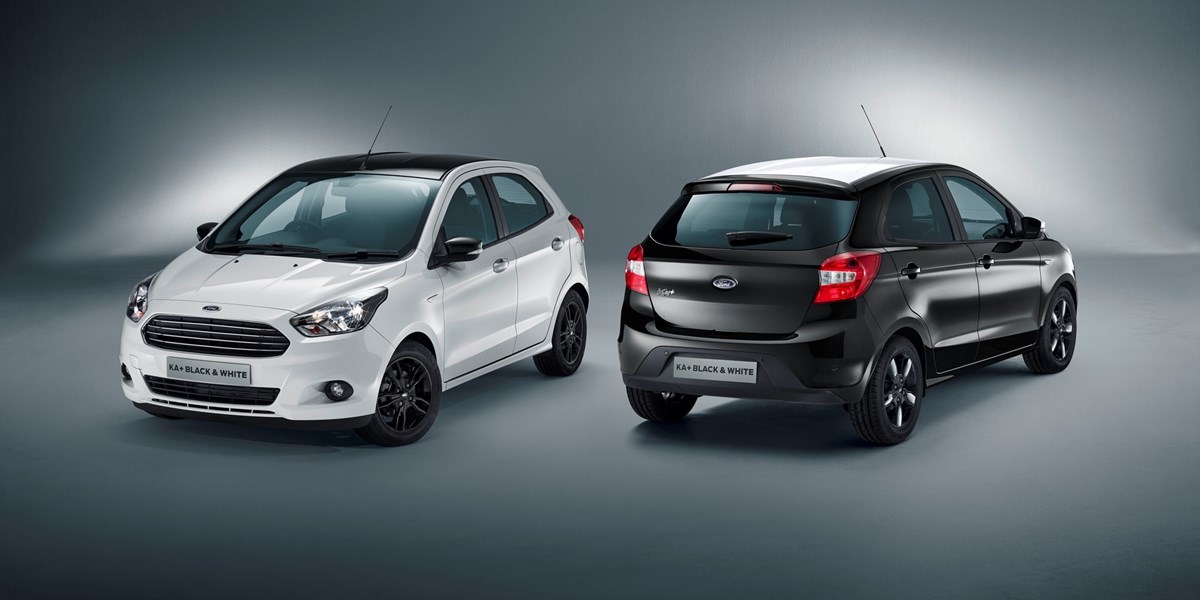 Ford has released images of Black and White specifications of its up-scaled Ka+ ahead of its arrival in the UK later this year.

The order books are already open for the new compact hatchback which remains shorter than its bigger brother, the Fiesta, at less than four metres, but is 29mm taller and claims to provide class-leading front headroom and best-in-class rear legroom

Prices for the new addition to Ford’s range start at £8,995.

“Ka+ is true to that tradition, packing a huge amount into a compact car that delivers agile driving dynamics and a surprisingly roomy cabin at an affordable price.”

A new 1.2-litre Duratec petrol engine is availavble in 69bhp and 79bhp states of tune, with twin-independent variable camshaft timing.

Ford claims 114g/km CO2 emissions and 56.5mpg fuel efficiency is achieved with the help of low rolling resistance tyres and enhanced aerodynamic details which were developed during more than 200 hours of wind tunnel testing.

Customers can choose from Studio and Zetec specifications, the former available only with the lower-powered engine option, with the two-tone Black and White variants joining the range later in the year.