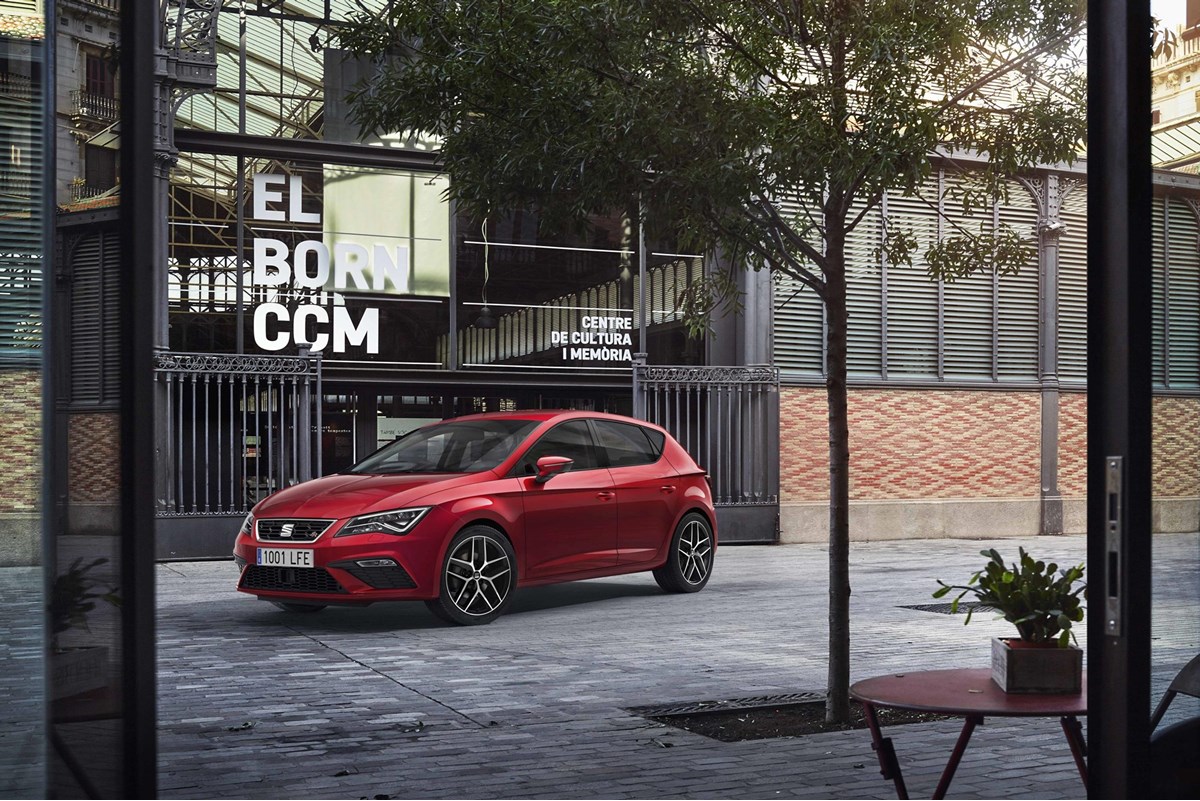 Subtle exterior design changes have been backed by improved connectivity, increased driver assistance and a range of updated engines in the new Seat Leon range.

Set to reach UK dealerships in February next year, the new Leon will be launched with three optional body styles in a choice of five trim levels – S, SE Dynamic, SE Technology, FR and XCELLENCE – with high performance Cupra versions also set to join the line up in Q1.

Seat’s range of TDI engines for the new Leon will range from the 1.6-litre 90PS to the 2.0 184PS, with the petrol range initially spanning power outputs from110 to 180PS.

Seat design director, Alejandro Mesonero Romanos, said: “The Leon is a very attractive model and it isn’t necessary to change its image, only reinforce it, refresh it. The objective is to harmonise all parts of it, in particular the front and the rear, with the sides of the car.”

Although the exterior design changes are subtle – following the evolutionary approach of various Volkswagen Group brands – Seat claims that the front and rear of the new Leon have sharper, more assertive lines than the current model.

The front grille has been stretched by 40mm, in a richer chrome, to add a premium look, a theme continued with greater interior sound-deadening and ambient LED lighting.

Full LED technology has also been incorporated into the headlights, rear light clusters and indicator repeaters.

Seat has sought to move things on in terms of technology.

Seat’s vice-president for R&D, Dr Matthias Rabe, said: “With the New SEAT Leon, we want to continue the success story of one of Seat’s most emblematic models, including further technologies in terms of driving assistance systems, safety systems and, of course, connectivity.”

Traffic Jam Assist, a function that offers great comfort in traffic with frequent and intermittent stops, is accompanied by Lane Assist and ACC which can manoeuvre, accelerates and brakes the vehicle automatically in heavy traffic.

A Pedestrian Protection System, meanwhile, recognises vehicles, as well as pedestrians, and can alert the driver.

On-board connectivity has been improved with the addition of Seat’s Easy Connect infotainment system, Seat Full Link and the Seat ConnectApp which comes with voice recognition and gesture control technology in Leon’s fitted with Media System Plus.

Seat introduces a top-grade XCELLENCE trim in the new Leon.

It boasts keyless entry and engine starting, a higher grade upholstery and multi-colour ambient interior lighting inside and a chrome front grille, new front and rear bumpers and LED indicators outside.