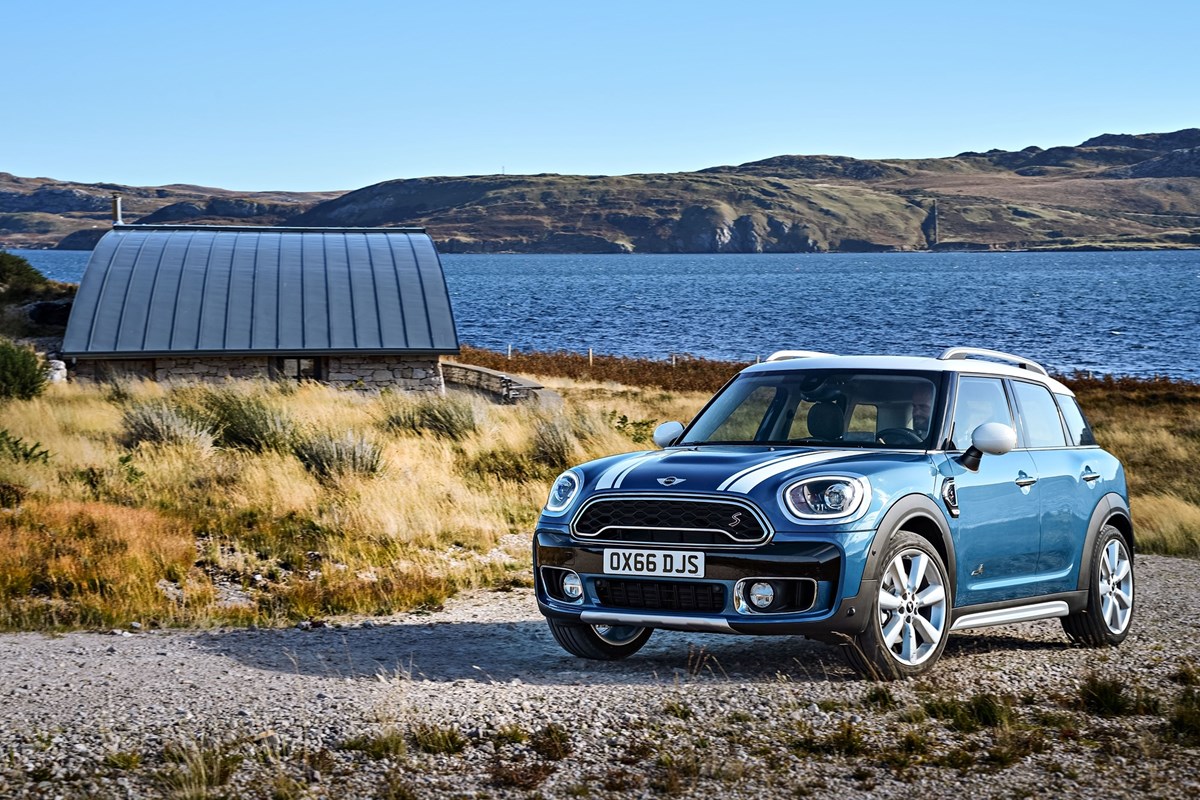 Mini has released details of the new Countryman SUV, including a plug-in hybrid.

The car features a high level of standard equipment - many features previously included in the ‘Pepper’ pack on the outgoing Countryman are now offered as standard, including satellite navigation, Bluetooth, 16" alloy wheels and emergency E-call.

The proportions have increased, making this the largest ever Mini. it is 20cm longer, 3cm wider, and includes a wheelbase 7.5cm longer. The car is loosely based on the same platform as the BMW 2 Series Active Tourer.

There are extensive colour and trim options, advanced technology features and a range of option packs that offer carefully selected items with significant cost savings for the customer. One such option is a new 8.8” inch touchscreen display as part of the Navigation System XL, offering touchscreen multimedia and navigation control for the first time in a Mini.

Mini Connected adds convenience - address data and appointments saved by the driver previously on a smartphone via Mini Connected are automatically transferred to the car and do not have to be entered in the navigation system again. The car can connect to iPhones and Apple Watch devices.

The second row of seating now contains three fully-fledged seats, and the rear door openings have been enlarged, enabling easier entry and exit. In addition to overall interior width, leg space is now significantly more generous too, with an extra five centimetres of knee room over the previous model. The rear seats can be shifted back and forth by up to 13 cm, prioritising either passenger legroom or boot capacity depending on the situation.

The Countryman offers 450 litres of boot space, and can be accessed by an optional electric tailgate.

The Cooper D model launches with 113g/km CO2, and 150ps. A One D model, aimed at corporate buyers, is set to follow later in the product cycle.

The new Cooper S E Countryman ALL4 plug-in hybrid is geared up to performance as well as economy, featuring a turbocharged petrol engine and an electric motor, reducing fuel consumption to 134.5 mpg but offering a 0-62 mph time of 6.9 seconds.

A three-cylinder turbocharged petrol engine withTwinPower technology, producing 136ps and 220 Nm of torque, powers the front wheels of the Cooper S E Countryman. This engine is combined with a six-speed Steptronic transmission.

At a wallbox with a charging capacity of 3.6 kW it can be fully charged in 2:15 hours, while charging at a regular household socket takes 3:15 hours. The vehicle offers 25 miles of pure electric range.

The rear wheels are powered by a synchronous electric motor housed under the floor of the luggage compartment. This motor offers 88ps and 165 Nm of torque, with all of the torque available from zero rpm.

With route guidance activated on standard specification navigation system, the car uses an anticipatory energy management system to ensures that appropriate sections of the route are run on electric power alone.

Prices for the plug-in model are yet to be revealed.