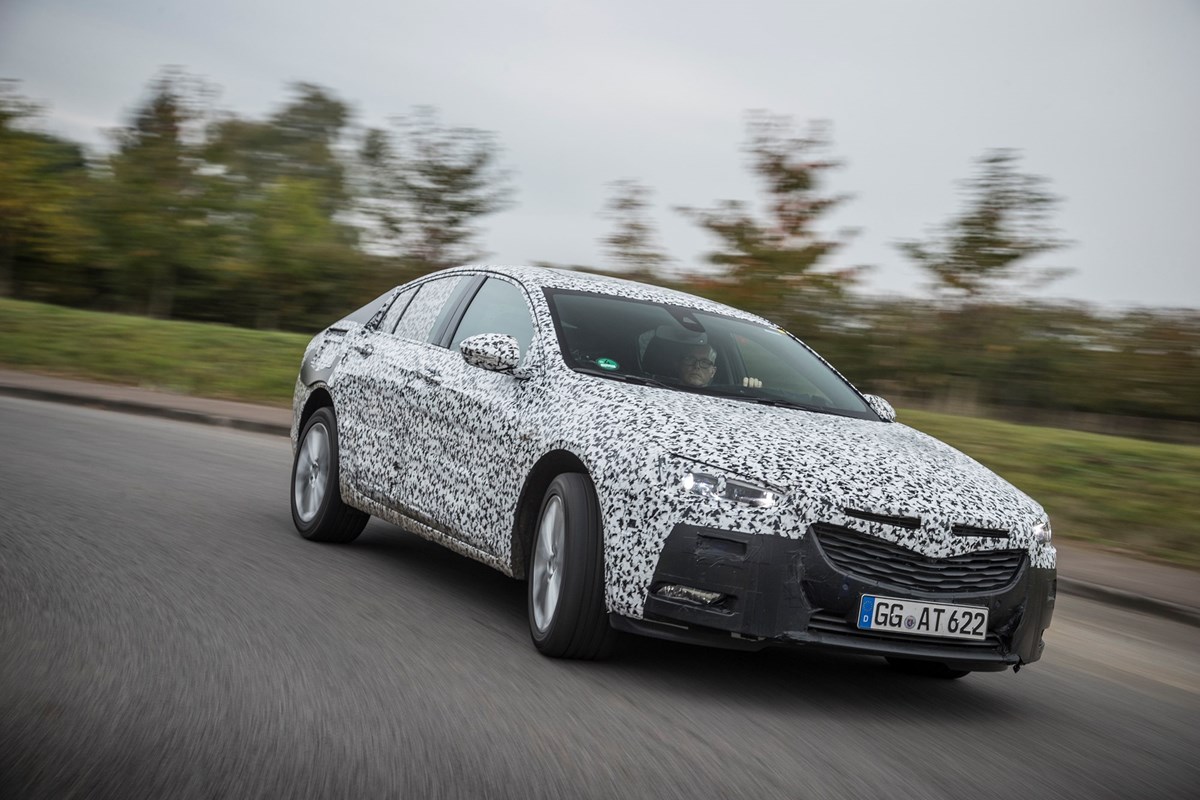 Vauxhall has released images of its new flagship model, the Insignia Grand Sport, in its final stages of development on UK roads.

It will be debuted at the Geneva Motor Show next March.

Camouflaged, five images have been published. A car at this stage in its development would normally be the target of ‘spyshot’ photographers.

The Insignia Grand Sport is a five-door hatchback that is based on new architecture and has a wheelbase more than nine centimetres than its predecessor.

But due to shorter front and rear overhangs, it is only 5.5cm longer than the outgoing model.

And by using lightweight materials, Vauxhall engineers were able to shave up to 175kg off of the new model.

“Vauxhall is raising its game even further with the launch of the new Insignia Grand Sport,” said Rory Harvey, Vauxhall’s chairman and managing director.

“It will set new standards for design, efficiency, technology and connectivity when it debuts next year at the Geneva Motor Show.”