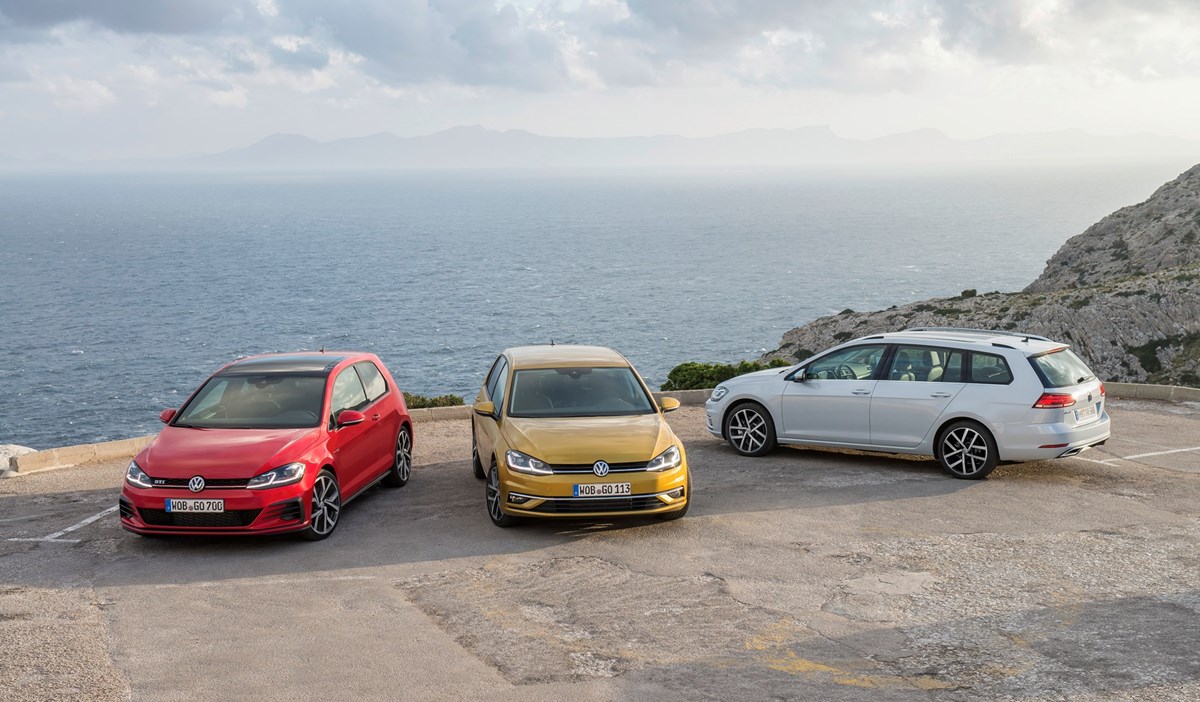 Prices for the new Golf start at £17,625 for the entry-level Golf S 1.0 TSI 85PS three-door with LED rear lights now standard – which arrives in the UK in March – and a larger, more sophisticated touchscreen infotainment system applied across much of the range.

Director of Volkswagen in the UK, Alison Jones, said: “The arrival of a new or updated Golf is always a special occasion but, in 2017, the debut of this car with its semi-autonomous operation; revised styling; new engines; and exceptional new infotainment systems really does feel extra-special.”

The new Golf sees the debut of the turbocharged petrol 1.5 TSI Evo powerplant.

The four-cylinder engine generates 150PS and features Active Cylinder Management (ACT) to reduce the number of cylinders employed at a cruise to reduce fuel consumption.

A BlueMotion version of the new unit, producing 130PS, also features the complete engine shut-down function as seen in the hybrid Golf GTE.

The range-topping Golf R also gets more power, now boasting a peak output of 310 PS – enough to carry it from rest to 62 mph in as little as 4.6 seconds.

A new 7-speed DSG (dual-clutch gearbox) also helps to deliver CO2 figures that have in some cases been improved by up to 10 g/km, Volkswagen claims.

Among the new infotainment highlights is Volkswagen’s new Discover Navigation Pro radio-navigation and online system which can be operated via gesture control and is supported by a 9.2-inch screen.

Depending on the trim level, the Golf also introduces a range of safety features, including: City Emergency Braking with new pedestrian monitoring (Front Assist); a new Traffic Jam Assist that offers semi-automated driving at speeds of up to 37 mph (60 km/h); and Emergency Assist.

Emergency Assist claims to recognise if a driver is incapacitated and initiates various measures to rouse them in escalating stages culminating, if the driver remains inactive, in carrying out an emergency stop.

New front wings and full LED rear lights as standard for all Golf versions, as are a range of new wheel designs and body colours and new interior trim panels and materials.

Last year the Golf accounted for one in three new Volkswagens sold in the UK, with almost 73,000 registrations.

Emerging from Volkswagen factories around the globe at an average pace of one every 40 seconds for the last 43 years, global sales of the Golf now exceed 33 million since its launch more than four decades ago (1974), more than two million of which are to UK buyers.