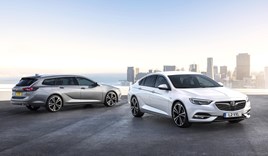 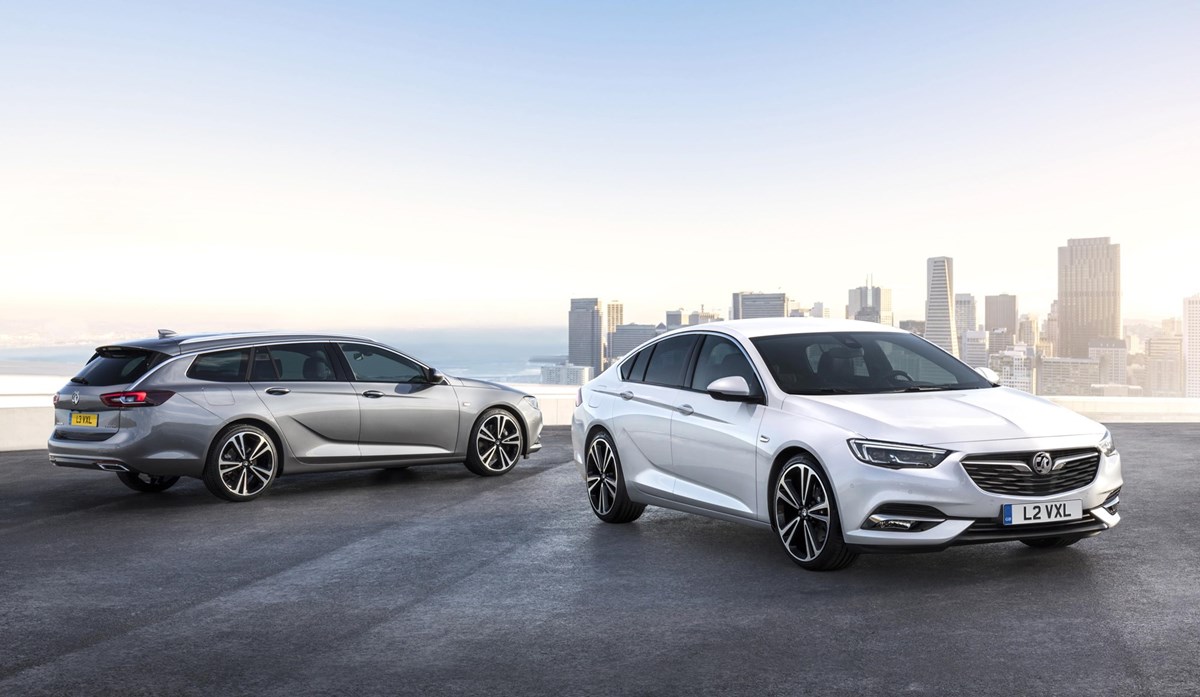 Vauxhall has released the first official images of its new Insignia Sports Tourer ahead of the vehicle’s public debut at next month’s Geneva Motor Show.

The latest generation of a car which claimed 2009’s European Car of the Year title in its previous guise, Vauxhall’s new D-segment estate features revised dimensions which liberate an extra 100 litre of luggage capacity (1,640 litres) but an overall weight up to 200kg lighter.

Vauxhall claims that the weight-saving efforts have allowed for the introduction of an optional all-wheel-drive system and a new eight-speed automatic transmission while still improving emissions and fuel economy.

Pricing and full specifications for the Sports Tourer have yet to be published, but among the new car’s other new technology highlights are IntelliLux LED matrix lighting (now featuring 32 separate LED light segments), Lane Keep Assist, a Head-up Display and front- and rear-seat heating.

The latest generation of Vauxhall’s IntelliLink infotainment system and the Vauxhall OnStar wifi and concierge system are also central to the new car’s specification.

Rory Harvey, Vauxhall’s chairman and managing director, said: “Vauxhall’s best-ever product portfolio will get even better with the launch of the new Insignia Sports Tourer.”

The Vauxhall Sports Tourer is longer than its predecessor, at 4,986 millimetres, and features a wheelbase which has grown to 2,829 millimetres.

The added size has increased load capacity and Vauxhall has added practicality with the addition of a tailgate which can be opened with a kick.

Passengers will benefit from a 31mm increase in headroom, 25mm more shoulder room and 27mm more space at their hips, according to Vauxhall.

Apple CarPlay and Android Auto have been added to the latest generation of IntelliLink systems and wireless phone charging now available.

A new Personal Assistant service will be launched with the Insignia, enabling the driver or passengers to ask OnStar advisors, to book a hotel in the car when it is safe to do so.

In conjunction with Vauxhall’s FlexRide chassis control system, the system allows drivers to tailor the car’s dampers, steering, throttle response and shift points (on automatics) independently or based on ‘Standard’, ‘Sport’ or ‘Tour’ modes.

Harvey said: “The Insignia Sports Tourer has all of the elegance of its Insignia Grand Sport sibling but with even more practicality, including a boot that is more spacious than its predecessor.

“It will set new standards for design, efficiency, technology and connectivity when it debuts next month at the Geneva Motor Show.”