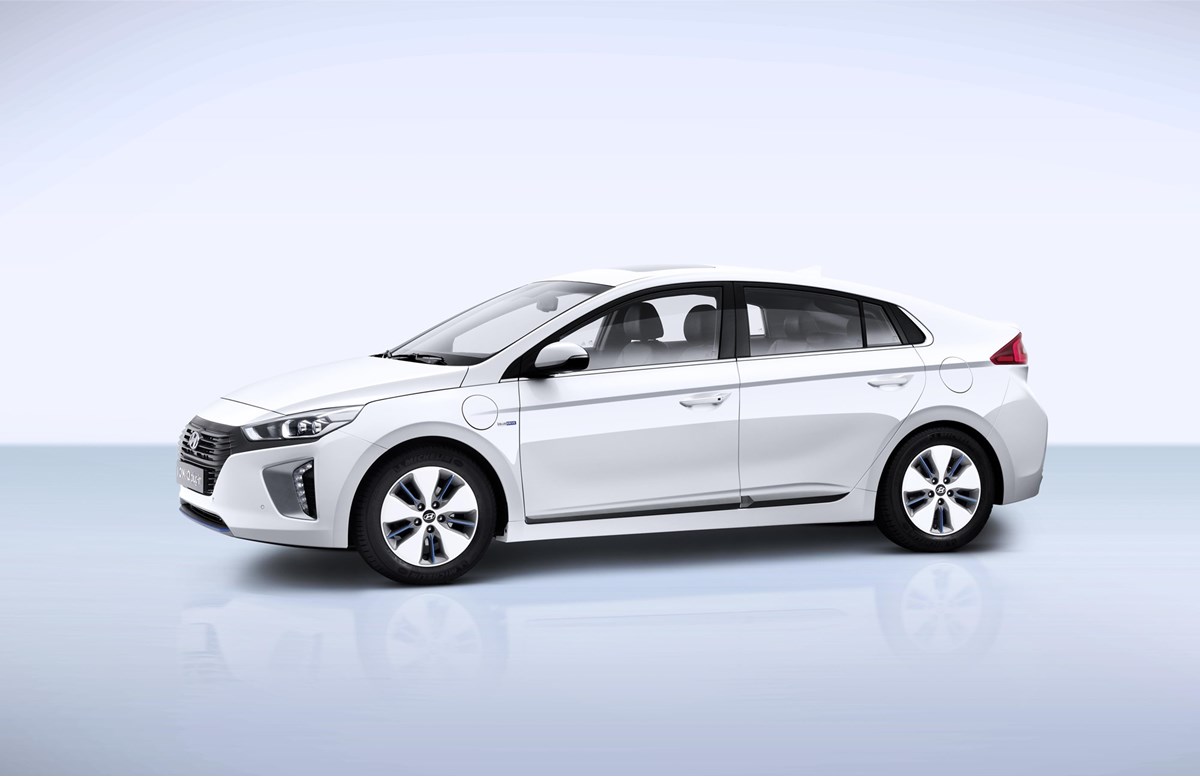 The car is due to arrive in showrooms in the UK in July and will be sold alongside the Hybrid and full-electric version of the Ioniq.

Under the bonnet is a new 1.6-litre GDI direct-injection petrol, four-cylinder engine with maximum power of 105PS and 147Nm of torque. A 61PS electric motor boosts power and enables an electric driving range up to 39 miles while returning up to 256mpg and CO2 emissions of 26g/km.

After its successful test drives on the streets of Las Vegas, Hyundai has also showcased its autonomous Ioniq model at Geneva.

It uses LiDAR technology fitted behind the front bumper rather than using the typical roof-mounted approach, retaining the new car’s sleek design. Its advanced self-driving systems are kept as simple as possible by integrating existing functions from the production model, including the Smart Cruise Control system’s forward-facing radar and Lane Keeping Assist cameras.

The system also uses a GPS antenna to search for a location of each vehicle and high-definition mapping software delivers pinpoint accuracy for location, road gradient and curvature, plus lane width and indication data. In addition, a Blind Spot Detection radar ensures that even simple lane changes are executed safely.