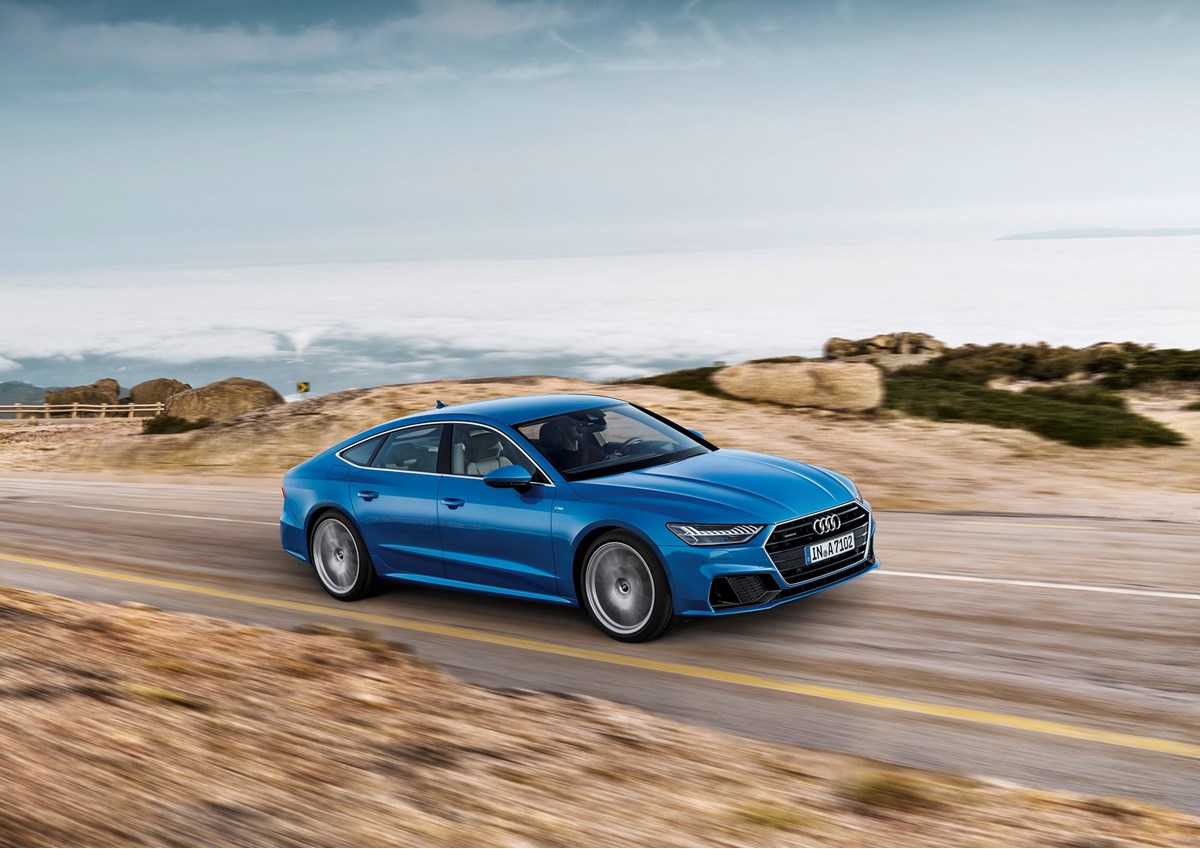 Audi has unveiled the next generation of its A7 Sportback ahead of it UK market introduction in Q1, 2018.

Sharing much of the technology from the flagship A8 saloon launched by the German premium brand earlier this year, the new model will be offered with a three-litre TFSI V6 petrol engine with 340PS and 500Nm initially, priced from £56,000.

Order books will open for the premium coupe early next year, with deliveries following in Q2, a statement issued yesterday revealed.

Audi said that the A7’s new exterior design is an expression of the new design language introduced with the prologue study and that made its production debut in the new Audi A8.

Despite the rakish lines of the body, the luggage compartment has a base capacity of 535 litres.

An integrated spoiler extends automatically at 74mph and above.

Customers will be able to choose from 15 exterior colours, eight of which are new.

S line models further hone the look through modifications to the radiator grille and the front air inlets, the sills and the front and rear diffusers.

Inside the new A7 cabin, a 10.1-inch upper display (in combination with MMI navigation plus) is tilted towards the driver.

Continuing the digitally-driven theme seen in the A8, Audi’s new MMI touch response operating concept serves to replace the conventional buttons and controls of the previous model with two large, high-resolution touch displays.

The driver controls the infotainment system from the upper display, an 8.6-inch lower display providing access to the climate control system.

Audi has integrated what has been billed as a mild hybrid system across the A7 range.

The new set-up sees start-stop functionality become activate at 13mph, utilising a standard front camera to restart the engine predictively while at a standstill and as soon as the vehicle ahead begins to move.

In real-world driving, the MHEV technology reduces fuel consumption by up to 0.7 litres per 100 kilometres.

The three-litre V6 TFSI petrol engine, meanwhile, will propel the new A7 to 62mph in 5.3 seconds and on to a top speed of 155mph.

The entry version of the Audi A7 claims 41.5mpg fuel economy on the combined cycle, corresponding to CO2 emissions of 154g/km.