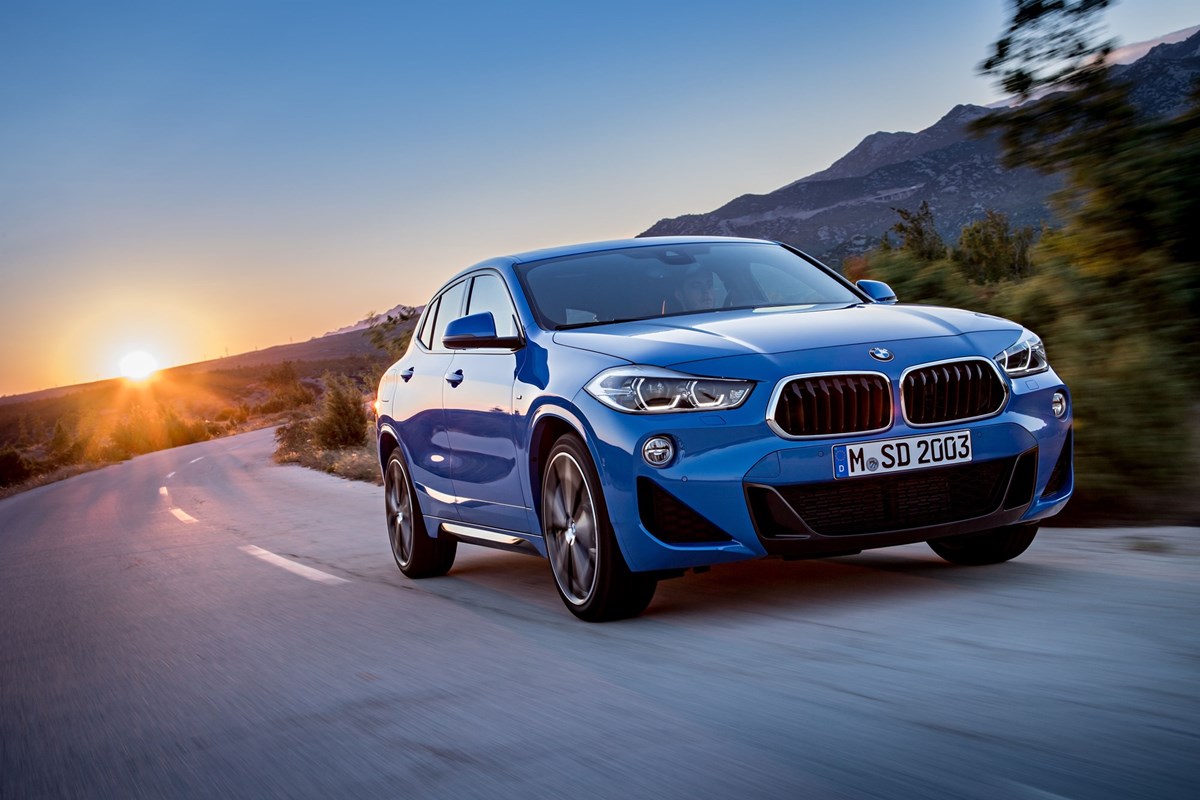 BMW has revealed details of its new X2 SUV ahead of the opening of order books for the new model in mid-November.

Prices for the newcomer to the premium German brand’s range will start from £33,980 for the X2 xDrive20d SE in a four-tier line-up featuring SE, Sport, M Sport and M Sport X trim levels and a single engine variant at launch.

BMW’s two-litre turbodiesel engine delivers 190PS and 400Nm of torque – enough to propel the X2 to 62mph in 7.7 seconds – while claiming 61.4mpg fuel consumption and CO2 emissions as low as 121g/km.

Further variants of the BMW X2 will be added to the line-up in early 2018 in the shape of the four-cylinder X2 sDrive20i, X2 sDrive18d and X2 xDrive18d.

A statement issued by BMW revealed that the new X2 is two centimetres shorter and more than seven centimetres lower than the existing BMW X1, yet has the same wheelbase and a 470-litre boot.

Full-LED headlights are among the standard equipment on Sport, M Sport and M Sport X models along with 19-inch wheels (17s are standard on the SE) and all X2 models come with a twin exhaust arrangement 90mm diameter.

Inside, standard X2 equipment includes a 6.5-inch Touch Control Display with navigation system designed to “provide the driver with a quick summary of the most important information at any particular time by means”.

BMW’s Connected+ system, meanwhile, provides a digital bridge between a smartphone and the car.