SsangYong has revealed the electric Korando e-Motion, it's first electric model, and confirmed it will be launched in Europe later this year.

Production of the Korando e-Motion has already started in Korea, with a UK launch expected in the final quarter of 2021.

It’s based largely on the existing Korando model and is set to rival value-focused models like the MG ZS EV.

SsangYong previously hinted that the Korando e-Motion would feature a 61.5kWh battery pack, giving a range of 260 miles (NEDC) and a power output of around 190PS.

SsangYong Motors Receiver, Yong Won Chung says: "We are establishing a strong foothold for corporate rehabilitation through a successful M&A and putting our very best efforts into new car development by addressing the rapidly changing automotive trends. In addition, we are expanding the line-up of eco-cars, discovering future growth opportunities such as new business models, and preparing for renewed competitiveness." 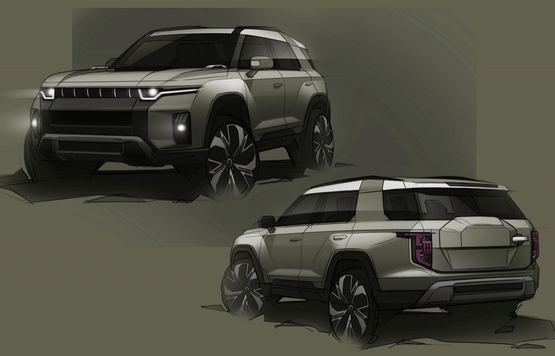 A second electric SsangYong model has also been announced, entering the medium-sized electric vehicle segment alongside the Skoda Enyaq and VW ID4. Known as the J100, it is expected to be based on a new standalone platform developed for electrification.

Only teaser images exist and they suggest the model will feature a rugged look with styling cues that hint at an increased off-road capability.

SsangYong Motors UK moves to ‘next phase’ with new headquarters

SsangYong Motors UK moves to ‘next phase’ with new headquarters