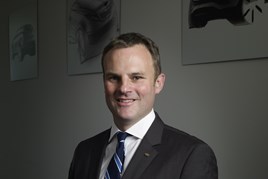 Shabsogh will leave his current role at the end of January to become managing director at Almajdouie Hyundai, the distributor in eastern Saudi Arabia based in Damamm, after spending eight years at the brand, during which time it has seen sales rise from 29,372 to 78,536 in the UK.

He originally joined Kia Motors (UK) as sales director but was given the wider role of commercial director in January 2013.

Hetherington, Shabsogh’s replacement also joined Kia in 2007, as marketing director, and since 2011 has been in post as business development director, leading growth which has seen Kia’s dealership network reach 188 – its strongest ever position.

Paul Philpott, president and CEO of Kia in the UK said: “Of course we are very sad to say goodbye to Yaser, but we understand his desire to take up a new challenge and given that he was born in Riyadh we also recognise that he has strong family ties to the Middle East.

“Ever since he joined us from Ford he has brought energy, commitment and good humour to our sales and commercial operations and I wish him only success in the future.”

Commenting on Hetherington’s appointment, Philpott added: “Simon is a remarkably able individual who has turned his hand to a variety of jobs within Kia and I am confident that as Commercial Director he will play a pivotal part in helping the company and its strong dealer network achieve our ambition of reaching 100,000 annual sales by the end of the decade.

“Simon understands our dealer network, the challenges they face and the need for them to be sustainable and profitable in order to deliver the very best experience and service to the growing family of Kia customers.”

The facility equips the brand with greater capacity to process newly imported and defleeted vehicles as it targets the ne4xt step in its growth plans for the UK.