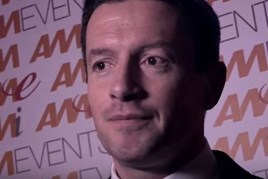 Mercedes-Benz USA has appointed its sales director passenger cars in the UK, Adam Chamberlain, as its vice president sales for the US.

Effective from April 1, the move will see Chamberlain replace Dietmar Exler, who is now president and CEO for MBUSA.

In his new role, Chamberlain will have overall responsibility for the MBUSA’s sales, volume planning and distribution operations in the United States, reporting directly to Dietmar Exler.

Commenting on the appointment, Marcus Breitschwerdt, head of Region Europe for Mercedes-Benz Cars (MBRE), said:  “During his three years as Sales Director in the UK, Adam Chamberlain has delivered consistently great results to the business.

“I am convinced that he will continue the great success he began in the European Region in his new role in the United States.”

Chamberlain started his career with Volkswagen AG in 1994 and held key management positions in the UK and Ireland until 2013, ultimately becoming managing director at SEAT Ireland.

In addition to significant new retail, fleet and Approved Used sales growth during his tenure and a strong relationship with the dealer network, Chamberlain also led a cross-functional team to optimise the customer retail experience.