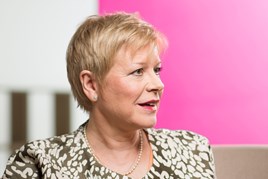 Linda Jackson, Citroën’s global chief executive, has been recognised as “the most influential British woman in the car industry” by Autocar magazine.

It worked in partnership with the Society of Motor Manufacturers and Traders (SMMT) to identify 100 influential British women working globally in the automotive sector.

Jackson was head of Citroen UK between 2010 and 2014, when she became the first woman, and the first Briton, to take the global chief executive post at the French carmaker.

A panel of judges awarded Jackson with the honour for her decisive leadership of Citroën, during a period that has seen the French manufacturer return to its roots of innovation and unique design.

Other nominees listed in the top 100 included:

Jackson said: “It is such an honour to receive this award and to be recognised by Autocar in this way. At Citroën, our motto is ‘be different, feel good’ and I believe this award is testimony to the hard work and creativity of everyone in the team.

“I hope this Autocar initiative inspires women to pursue a career in the automotive industry. As the list of winners shows, there is a wealth of talent in the sector and it is a very exciting industry to be a part of.”

AM Poll
Which aspect of your business will require most focus in 2021?
Vote
View all
1175