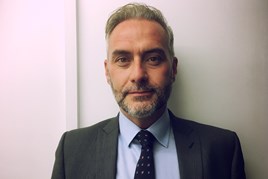 Independent Motor Auctions has appointed a new sales director as it embarks on a period of recruitment following the acquisition of a Lancashire firm as part of its plan to expand.

Leeds-based IMA took over West Coast Motor Auctions (WCMA) in Poulton-le-Fylde, near Blackpool, in November in a deal worth an undisclosed seven-figure sum which included the business and property.

The company has now appointed a new sales director to manage growth at both sites.

Michael McMullan has over 20 years of sales experience and joined the remarketing industry as SMA Vehicle Remarketing’s branch manager at Livingston eight years ago.

He went on to become regional manager and national auction manager.

At IMA, McMullan will be responsible for the growth and volume sales at both Leeds and Blackpool.

He said: “I’m joining IMA at a very interesting time in the company’s development which provides me with an incredible opportunity.

“I’m also really excited to be joining an independent and family-run auction business known for its first-class customer service and a personal and progressive approach to doing business.”

IMA took over WCMA as part of its expansion plans as the company branches into a new region and the business of auctioning motorbikes as well as cars.

The new business has been rebranded as Independent Motor Auctions Blackpool with all 16 of WCMA’s original staff being retained, adding to IMA’s current team of 22.

IMA is owned and managed by the Lane family with Justin Lane recently taking over from his father, John, as managing director following his retirement.

Speaking about McMullan’s appointment, Justin Lane said: “Following our recent acquisition, we need to ensure we have a strong, experienced team to take us forward during 2017.

“It’s a very exciting time to be in our industry, especially in a business such as ours which is flying the flag for independent auction companies, of which there are very few remaining.”