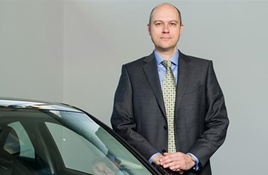 James Douglas has been appointed head of sales operations for Volkswagen Commercial Vehicles.

He replaces Andy Waite who left the brand last month to pursue interests outside the Volkswagen Group.

Douglas (pictured) will join Volkswagen Commercial Vehicles from his previous role as head of fleet for Audi, a position he has held for the past four years.

During that time he led the brand through a significant period of growth, in particular in the true fleet market.

He will be responsible for Van Centre network, fleet and direct sales, as well as used vans, and special vehicles including conversions.

Commenting on the appointment, Volkswagen Commercial Vehicles Director Carl zu Dohna said: ‘James joins the team at a crucial time in the history of the brand, with the imminent launch of the new Crafter marking the final phase of our range renewal process.”

Douglas is planning to reacquaint himself with the commercial vehicle market with a visit to the CV Show at the NEC in Birmingham later this month.

Volkswagen Commercial Vehicles is at the show to launch the all-new Crafter and showcase its ‘Working With You’ proposition. He will formally take up his new role by June. His successor at Audi will be appointed and announced in due course. 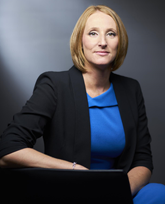