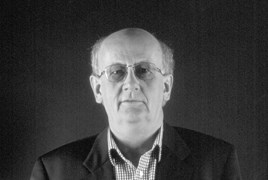 Willard joined Automotive Management magazine in 1991, and subsequently became editor of the fortnightly publication, a role he held until 2002, when he decided to go freelance.

While freelance, Willard remained a monthly contributor to AM magazine in the role of industry editor, specialising in dealer news and finance and insurance content, until he retired in June 2015.

During the period he also became editor of Dealer Update, a magazine for Auto Trader clients.

AM’s current editor Tim Rose paid tribute: “Tony was a true professional and a gentleman journalist. His knowledge of the industry, and his contacts within it, were extensive, and whenever we set him off with a hot lead we knew he would get a story.”

“He was always friendly and warm, and he had an enviable ability to ask the tough questions with a smile that kept his interviewees at ease.

"Our thoughts are with Tony's friends and family at this sad time.”