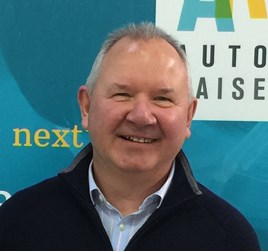 Bull (pictured) has joined the team as head of engagement – business, as of January 1, 2018 and brings over thirty-five years of experience with him and has worked within “almost every aspect of the automotive and motor insurance industries”.

AutoRaise’s chief executive, Bob Linwood, said: “Mark’s most recent role is well known within the industry, that of director and 50% shareholder of Auto Body Professionals Club, and we’re delighted to have secured Mark’s services at this stage of our own development.

“AutoRaise is gaining a tremendous amount of traction, not to mention a growing respect within the market and Mark’s appointment will not only bolster the team but also enable future growth.”

Bull said: “Since parting company with ABP Club in July 2017, I have been humbled by the many conversations I’ve had about ‘what I intend to do next’.

"However, following a meeting with Bob and Chris Oliver, who launched AutoRaise into the market, the decision for me to make a positive contribution by joining a progressive and innovative not for profit industry charity that is doing so much good within the market, was easy.

“I truly look forward to working with Bob, Chris and the team and look forward to making AutoRaise the first choice for repairers who want to invest in young people that will enable a sustainable future for themselves and importantly, the industry as a whole.”