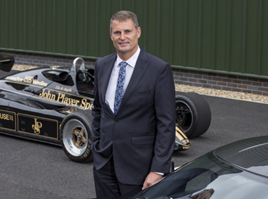 Before that, he was part of the Jaguar Land Rover (JLR) executive team for nine years, eventually holding the post of group marketing director.

Commentoing on his new role, which he takes up on October 1, he said: “I have spent my career working with, and have a passion for famous British luxury, high-tech and pioneering brands and Lotus, with its amazing history, definitely fits into that category.

“I am looking forward to being part of the team that will drive the substantial future growth of the Lotus business.”

Popham’s arrival at Group Lotus is the latest in a series of high level appointments for the sports car maker.

A new business and operating structure has been put in place and the Lotus business is now set for the next stage of its future growth and global expansion.

Qingfeng said: “I am delighted that Phil has joined Lotus at this important time in our 70-year history.

“We are growing the Lotus business not only at our headquarters in Hethel, Norfolk but also worldwide so the foundations are laid to become a globally competitive brand and a well-recognised leader in the sports car market.” 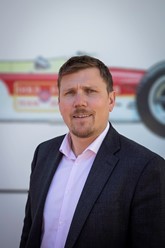