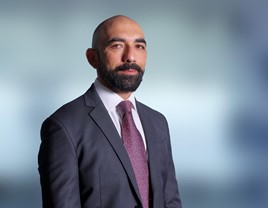 Volkswagen UK has appointed Andrew Savvas as its new managing director after Alison Jones announced her departure from the brand to pursue a role “elsewhere in the industry”.

Savvas will take up his new post in Q1, 2019, as he makes the move to Volkswagen UK from Audi Volkswagen Middle East, where he is currently brand director for Volkswagen as Jones leaves the brand after 20 years.

Commenting on the recruitment of Savvas, Paul Willis, the outgoing managing director of Volkswagen Group UK who will be replaced by former Nissan managing director Alex Smith in the new year, said: “Andrew’s strategic understanding and wide-ranging experience make him an excellent addition to the team, and I am looking forward to watching the Volkswagen brand flourish under his direction.”

A statement issued by Volkswagen UK said that Savvas he has more than 17 years’ experience in the automotive industry, including 10 years with Toyota, in a variety of sales and marketing, strategy and planning, and dealer development roles.

The Australian started his career at Volkswagen Group in 2012. He joined the Board of Management in Australia as Volkswagen brand representative in 2014, becoming general manager for sales and network development before moving to his current position in Dubai. 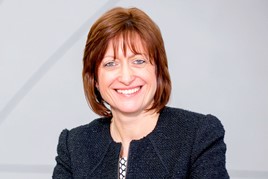 Commenting on Jones’ departure, Willis said: “We wish Alison well and thank her for her significant contribution over her 20-year career with the Group.”

Jones has a broad knowledge of the Volkswagen retail network, brand, numbers and customers having held previous management posts and head-of positions within retailer support, aftersales and customer service, as well as a stint overseeing finances as brand controller.

In 2010 she drove the transformation of the Volkswagen Group UK Customer Services Centre in Leeds, followed by a move to Audi as head of operations, a role that included new and used car sales, factory planning and network development.

Jones was promoted to the Volkswagen Group UK Board of Management in 2012 as director of customer quality, and then moved on to set up the Group Aftersales and Customer Quality (GACQ) function two years later.