Phil Maddison joins from Snows Group, where he was group director for Toyota and Lexus brands. As well as operational responsibilities, he was heavily involved in some of the Group’s acquisitions, facility new builds and major refurbs.

Tim Betambeau has worked at all levels in the Automotive industry over the last 30 years, working his way up from sales executive up to regional dealer principal. He has vast experience in training new people to the industry, many of whom are now managers in their own right.

Having worked for a Motorline Group until recently, as a hands-on general manager, Betambeau is credited for understanding the latest issues that befall franchised dealers in today’s climate.

Steve Keys has owned and managed the UK’s oldest Yamaha dealership and, more recently, appeared in 26 episodes of the Easy Riders TV series alongside Danny John-Jules. He also produced and directed Channel 4’s The Unlikely Bikers. Prior to this he enjoyed a long career in sales and managerial roles within Peugeot, Citroen and Mercedes dealerships.

Rob Emerson, Steer’s director, said “Since 2010 we have been developing and honing our bespoke solutions to an increasing number of clients. Such is the uptake we felt it was the right time to bring in some new talent. After extensive searching and profiling industry professionals, we now believe we have an unrivalled mix of talents to serve an ever-changing industry. With the need to find, train and maximise the efficiency of a dealership’s sales and aftersales teams becoming ever more important in todays competitive market, we are happy to be in a position to deliver our full range of services to a wider audience.”

Steer specialises in finding new talent from outside the automotive industry then providing bespoke training packages to settle new recruits as smoothly as possible.

Autotech Recruit turns to Our Virtual Academy for technician training

Autotech Recruit turns to Our Virtual Academy for technician training 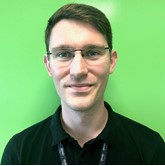