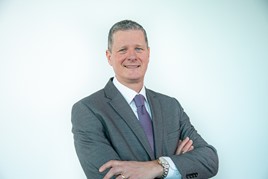 The PSA Group UK has appointed David March as its network development director less than a year after he became customer experience and strategy director for Peugeot, Citroën and DS Automobiles.

March takes the reigns from former Vauxhall Motors network development director Andy Robson who had also taken up his post in August last year, having served Vauxhall for many years, originally as a business apprentice.

Robson has been appointed as the OEM's parts operations director.

March makes the move from the newly-created role he took on back in August last year having been with the French carmaker for nearly 25 years and originally trained originally as an accountant.

In his new role he will be responsible for the development of the representation of the four group brands (including Vauxhall) in the UK and the performance of their franchised retail networks.

March said: “I fully understand the retail side of our business and the evolution that our retailer network is now facing especially as that is accelerated post-COVID.

“Working across all of the four Groupe PSA Brands adds a different dimension but, as a business, we are extremely well placed to carry on having a sustainable network moving forwards and maximising the opportunities available to our investor partners, whether that be in new vehicles or aftersales."

March’s career within the PSA Group includes regional management, franchising, fleet operations and over 10 years with the UK retail group Robins & Day, of which two years were as general manager of the Coventry Peugeot businesses.

Prior to his role as customer experience and strategy director, March also recently played a central role in the restructure of the Citroen franchised network under managing director Karl Howkins.