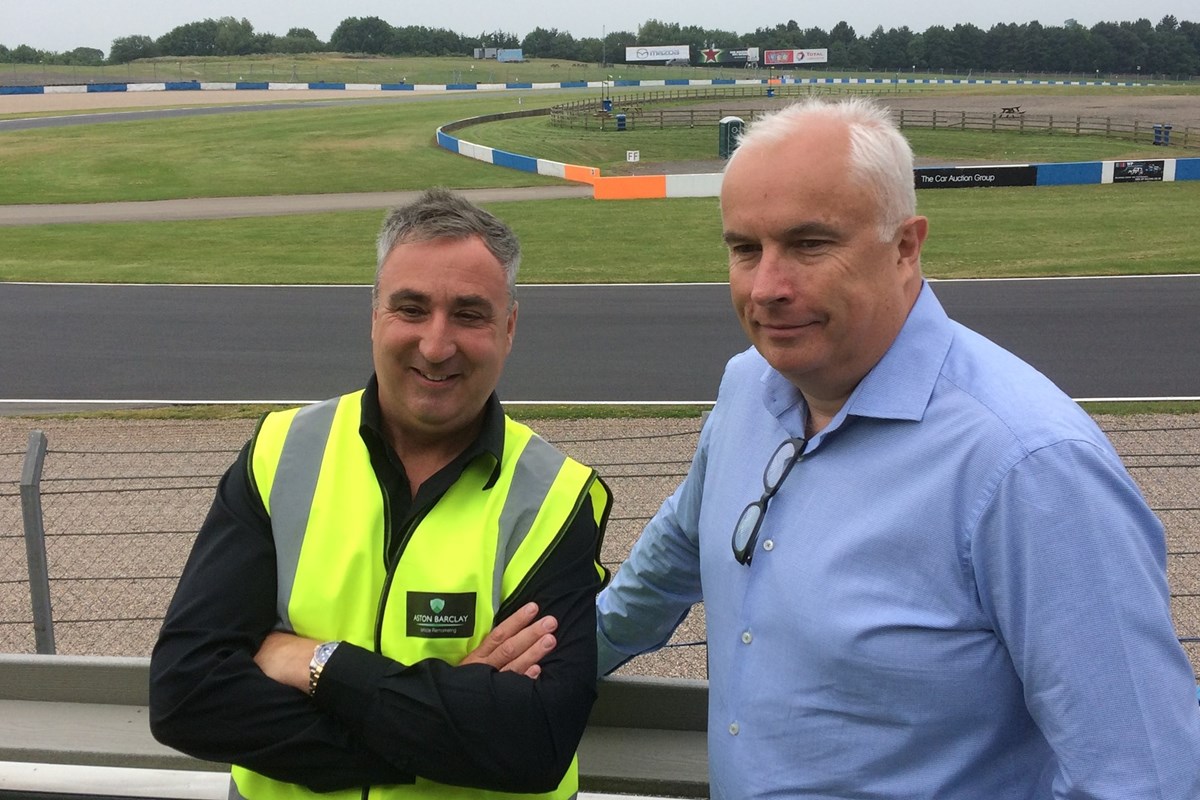 New Aston Barclay chief executive Neil Hodson has revealed that a focus on technology and a new remarketing site at Donington Park will drive the business forward.

But the former Experian and HPI man insisted that it was not in a race to catch BCA and Manheim, insisting: “We cannot risk losing the quality levels of service that we currently deliver”.

Aston Barclay unveiled its plans to grow its market share from 5% to 10% by doubling its car sales from 81,000 to 160,000, growing its number of staff from 250 to 350 and expanding its buyer base from 2,500 to around 8,500 in the next five to six years ahead of a tour of its new Donington Park remarketing facility this week.

The new site at Donington Park will open in September as a seven-acre site, expanding to 18 acres following the development of a larger area of the site a year later.

Based in a former Rolls Royce engine-building facility on the fringes of Donington Park’s race track – just three miles from the M1 motorway – the site will expand the remarketing group’s physical presence to five sites.

It follows a refurbishment of the business’ Leeds site and the purchase of 6.5 acres of land at Press Heath, which will double capacity there, and comes alongside plans to introduce a sales team to the Aston Barclay brand and a new sales app.

Hodson said: “This is a fantastic opportunity for us. There is the potential with this site to sell an awful lot of cars, but we want to grow at a steady pace and ensure that we maintain the quality service, fast selling and market-leading conversion rates that we currently deliver.

“We will sell 10,000 cars for the site next year and I’m pleased that it’s a two-phased development. That gives us time to really make sure the quality is there.”

Earlier this month Hodson led a management buyout of motor auction group Aston Barclay with the help of a multi-million pound investment from Rutland Partners, which it says will pave the way for a significant investment in the development of its people, existing and new auction centres and new IT technology.

Former Sytner chairman Laurence Vaughan joined the board as investor and non-executive chairman as part of the move.

Rutland Partners’ Oliver Jones told AM that this is the company’s only automotive investment – it has previously invested in businesses as varied as Pizza Hut, Milbrook Proving Ground and Maplin – but he sees the business as a potential “disruptor” in the remarketing sector.

He said: “We don’t invest in sectors, we invest where we see potential and opportunity and that is certainly the case with Aston Barclay.”

Central to Aston Barclay’s early strategy is an online app which centralises its sales operations for use on smart devices.

Those logged on can see a list of vehicles available at upcoming sales and bid on them from remotely.

The system will also be available via suites of tablet devices at Aston Barclay sales.

New IT director Stewart Ford, formerly of Cap HPI, said: “The push really has been towards ease of use and I honestly see even those customers at the auctions using the app to place bids.

“We’re going to implement a system where each app user is assigned a colour which will flash up on screens at the sale so they know when their bid has been placed.

“It’s a bit of fun, I suppose, but it should also make the system more efficient.”

Former Manheim centre manager Zaiga Jinkinson has been recruited as manager of the new Donongton Park site, having previously had experience starting remarketing facilities from scratch.

Hodson said: I’m really pleased to have Zaiga on board. She’s the best centre manager in the business and is known by a lot of people.

“She’s one of the few people in the industry that has experience setting up a totally new remarketing facility. She’s the perfect person to get Donington up and running.”