WMS Group has targeted success in an “exciting year” with the help of new appointment Keith Pipe who has joined the group as its new head of sales.

The warranty specialist also welcomed back Malcolm McIntosh, who is returning to the group on a consultancy basis to focus on the provision of customer excellence.

Commenting on Pipe’s promotion, WMS Group managing director, John Colinswood, said: “2018 is going to be an exciting year for the WMS Group.

“Keith has been with the company for over three years as a regional account manager and we are pleased to promote him to his new role as head of sales.”

The WMS Group said in a statement that 2018 had already delivered “huge developments” for the business.

The launch of WMS Rescue & Recovery, its new flagship recovery product, came in early January and new marketing campaigns created for HGV & Commercial and WMS Motorcycle have also been launched. 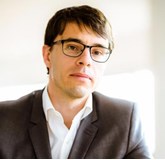