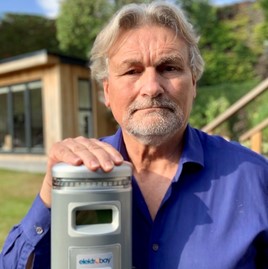 An employment tribunal has found that electric vehicle (EV) charge point pioneer Calvey Taylor-Haw missed out on a £1m share option when he was unfairly dismissed by BP Chargemaster.

After being given share options as part of the 2017 sale of the business to Chargemaster – where he worked as director of partnerships – however, he later found these had been taken away when BP subsequently acquired Chargemaster for £130m in 2018.

A Watford Employment Tribunal has now ruled that Taylor-Haw had been promised he would be able to keep the share options which are now valued at £1m.

After the hearing, Taylor-Haw said his next step is to pursue a claim in the High Court for the share options.

In his ruling, employment judge Jack said that solicitors acting for BP Chargemaster had made “grievous failures to disclose documents”.

The company had asserted that the inventor was dismissed from his role as director of partnerships partly because he had failed to meet sales targets, offering what the judge called “rather precise” revenue figures as evidence.

But BP Chargemaster did not present financial documents substantiating these figures to the tribunal.

Judge Jack referred to the lack of evidence as “astonishing”, but BP Chargemaster solicitor Joseph Bryan told the judge that a “reasonable search” for the financial documents had been carried out, noting that in-house BP lawyers had instructed relevant parties not to destroy documents.

Taylor-Haw told the tribunal that the purported sales targets were not formally communicated to him – something that BP Chargemaster denies – and “if they were put to me formally, I might have told them they were not achievable”.

That his role was at risk of redundancy was first mentioned to him in August 2017, five months after he had moved into the director of partnerships role.

Employment judge Jack ruled that Taylor-Haw, in that role, was performing work similar to that of other salespeople within the company, and that this type of work had not diminished at the firm.

The judge said: “Accordingly, in my judgement, there was no redundancy situation.”

He noted that the company sought to recruit another business development manager in November 2017, weeks after Taylor-Haw was formally told he was being made redundant.

He therefore ruled that Taylor-Haw had been unfairly dismissed from the company, and adjourned the case until October 29, when remedies for Taylor-Haw will be decided.

BP Chargemaster would not comment on the proceedings when approached by AM this week. 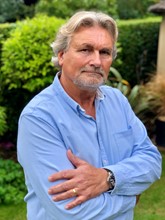