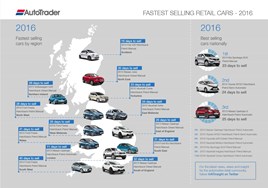 Kia’s Sportage emerged as the UK’s fastest-selling used car as Auto Trader collated data from the whole of 2016 to reveal the most popular vehicles soon to leave the forecourt.

The 2014 derivative of the Korean brand’s SUV was the model to secure top spot, taking an average of 23 days to sell across the year.

Auto Trader suggested that Kia’s seven-year warranty would have proved a lure for used car buyers, meaning that even with a 2014 model buyers can enjoy five years of manufacturer warranty.

Second in the fastest sellers list was the 2014 Toyota Aygo, which took an average of 24 days to sell, with Nissan’s 2013 Qashqai +2 coming in third – selling in 25 days.

The seven-seat version of Nissan’s SUV was the most popular choice with used car customers in London, though, taking an average of just 11 days to sell in the capital. 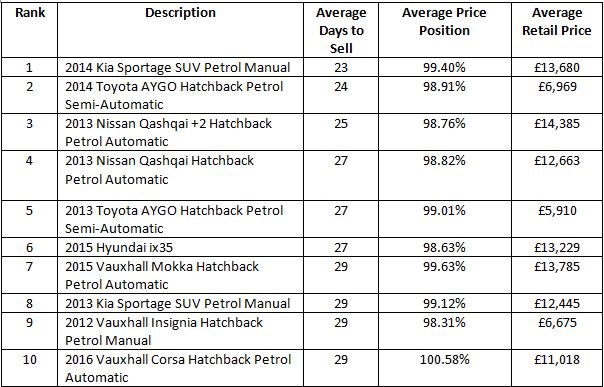 “It’s performed exceptionally well throughout the year and during a period of turbulence the Sportage, with Kia’s seven-year warranty, represents exceptional value for money and real peace of mind.

“Despite the turbulence in 2016, consumer confidence has remained extremely strong which has been reflected in both used and new car sales.

“Whilst undoubtedly 2017 will see some real challenges for the industry, with greater deals and financing options available we can expect the used car market to remain buoyant.”

Auto Trader’s fastest-selling car data for the month of December, 2016, showed that the 2013 Citroen C4 Picasso was the UK’s fastest seller, followed by the 2012 Volvo V40 and the 2016 Vauxhall Corsa. 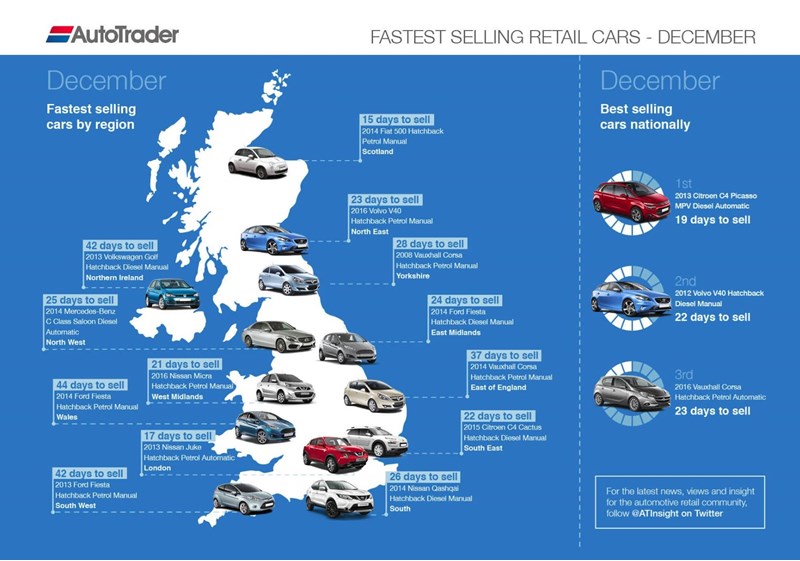