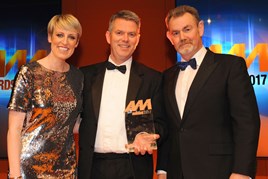 The fourth-generation Kia Sportage may have swept onto the scene during the spring of 2016, but its predecessor is still proving a hit with used car buyers.

Securing AM’s Used Car of the Year award for a second consecutive year, the stylish Korean SUV continued its reign as king of the classifieds by topping Auto Trader’s fastest-selling used cars of 2016 list.

The 2014 derivative secured the online marketplace’s top spot, taking an average of 23 days to sell across the year, at an average price of £13,680.

The strong residuals and main dealer service book stamps delivered as a result of Kia’s seven-year warranty have both found favour in the used market, with buyers of a 2014 version still able to enjoy the assurance of five years of manufacturer warranty.

In last year’s awards report, we praised the Kia Sportage for its healthy standard specification and the allure of its rakish styling, and there is no reason why we cannot do the same here.

Bolstered by keen growth in demand for SUVs, Kia’s aggressive pricing policy when the third-generation Sportage was sold as new means the sat-nav, leather seats and a panoramic glass roof now fitted to used Sportages are attracting buyers.

Three engines – a 1.6-litre GDi petrol unit and 1.7- or 2-litre CRDi turbodiesels – are available in a range divided into three specifications, with four-wheel-drive, an automatic gearbox and sat-nav providing further options.