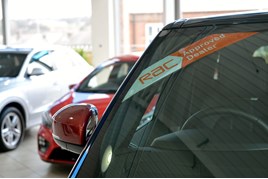 A warranty and an MoT with a service top the list of benefits that used car customers want when buying a vehicle, according to new research for the RAC Dealer Network.

Eighty two per cent of people place these two benefits at the top of their list.

Other desired factors include having the car prepared to a high standard (76%) and reassurance that the dealer conforms to a recognised code of practice (56%).

Sean Kent, sales director, RAC Dealer Network, said: "These findings paint a very clear picture, showing the shape of the used car market in 2017, where motorists are looking to buy from the most credible and trustworthy source available to them.

“They are interested in a range of benefits that provide them with as much reassurance as possible. A warranty and MoT are the most obvious and probably most useful part of this package but other factors such as belonging to a code of practice are also popular.”

The survey also asked why motorists would not buy from an independent dealer – with the answers headed by the fact they were worried about pre-existing mechanical issues (67%), didn’t trust independents (38%) and that the package offered wasn’t good enough (31%).

Kent said that these issues were greatly reduced when the same respondents were asked about independent dealers linked to “a well-known motoring organisation”.

Other headline findings from the survey include the fact that 95% of people said that online reviews have some impact on choosing a dealer while 58% also said online reviews affected their vehicle choice.

There are now almost 1,200 UK dealers in the RAC Dealer Network.

RAC Dealer Network to place emphasis on 'cars not dealers'

RAC Dealer Network to place emphasis on 'cars not dealers'