Used car prices “bucked the trend” for a July decline to remain at their most stable rate since 2012, according to Cap HPI.

James Dower, senior editor of Black Book at Cap HPI, attributed the trend to demand driven by dealers that are increasingly turning to the used sector to bolster margins.

Dower said: “July bucked the trend and average values are the most stable we’ve seen in July since 2012.

“We are likely to see stability through August as the wholesale market potentially begins to see stock levels flatten a little.

“However, there is a potential for some significant increases in de-fleet activity through Quarter four of the year that may put pressure on values.”

Cap HPI’s data shows that diesel values have fallen at a greater rate when compared to petrol in 2017, but values hardened in July.

Dower said: “While diesel values continued to slip in July the trend was far less pronounced and average diesel movement at three years 60,000 miles was -0.8%.

“When compared to the same point last year which saw a 1.7% erosion there is no doubt that this is a significantly stronger performance.”

Behind the averages performance is sector specific with smaller cars seeing diesel derivatives erode at a higher than average rate with City Car diesel movement at three years 60,000 miles downward by 1.2% and Supermini down by 1%

The average petrol movement into August saw a reduction of only 0.1% at three years 60,000 miles and, compared to the decline of 1.6% at the same point last year continues to reflect the increased consumer appetite of petrol models, Cap HPI said.

Dower said: “While it appears that the rest of the summer looks set to remain stable, November and December have the potential to see prices erode at a higher rate than witnessed in previous years.

“For those who subscribe to CAP live, we will continue to provide market leading values on a daily basis.” 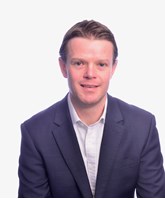