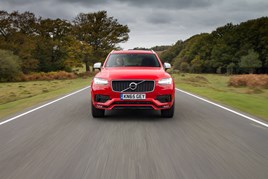 Volvo Car UK has brought its Wholesale Used Car operations in-house as part of its continued drive to grow its retail network's used car business in the UK.

All of Volvo's remarketing will now be carried out in-house by a newly-created Wholesale Used Car department, which will operate alongside the brand’s logistics and PDI partner, BCA .

Matt Galvin, head of retail sales for Volvo Car UK, said: "Used cars and residual value management are a big focus for Volvo, and these changes will enable us to provide a more joined-up approach to our used car operations.

“This substantial investment underlines the importance Volvo places on remarketing our cars to our dealer network, and the role that plays in helping them put used cars at the heart of their business."

The restructured department – which takes control of a function previously operated by BCA – will be headed up by Volvo's remarketing and total cost of ownership manager, Graeme Oswald.

He will be supported by three new appointments.

Natasha Berry joins Volvo as wholesale used car executive from BCA. Berry worked on the Volvo account at BCA for two years, where she developed excellent relationships with the Volvo dealer network.

James Sion, who previously worked for FCA Bank as a remarketing specialist, joins Volvo as wholesale used car executive, while Jack O'Callaghan takes on the role of used car analyst, making the move from Volvo Car UK's finance department, where he was involved in used car financial reporting.

Both Berry and Sion will also act as a designated point of contact with the dealer network and Volvo's existing used car development team, further improving communication across Volvo's operations, a statement said.