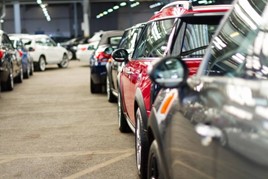 Car dealers turning to the used vehicle market amid falling new car sales have sparked at 9.4% increase in prices at auction, according to data published by Cox Automotive.

As the industry heads in to the second quarter of the year on the back of a 15.7% decline in new car registrations in March – and 12.4% for Q1 as a whole – data from Cox brought the effect on the used car sector into sharp contrast.

According to data from Manheim, the first quarter of 2018 saw a 9.4% year-on-year increase in prices for cars selling through the lanes.

Philip Nothard, head of external relations at Cox Automotive, said: "Data from Q1 shows conclusively that the new and used markets are splitting.

“The used side of the industry is dominant and we expect this to continue through the first half of the year, as the new market continues to decline.

"The challenges of the new car market were never so obvious than in March when we saw a steady increase in interest rates, alongside the gradual rise in RRP by many manufacturers, lead to a dip in consumer interest in new.

“In addition, in prior years, we have seen 0% finance offers dominate the market, whereas today they are few and far between.

"In contrast, demand for used, especially on smaller, low mileage – sub-60,000-mile – vehicles under four years of age, has been particularly strong."

It said that this matched “the uncertainty of the economic environment around fuel prices”, but it is also likely to result from the high proportion of larger vehicles powered by now out-of-favour diesel drivetrains.

Nothard said: "While the used market is strong overall, the increased consumer interest in these ready-to-retail vehicles comes at the expense of larger models – a trend we believe will continue into Q2.

“Higher mileage vehicles are becoming harder to sell, so we urge dealers to carefully adjust stock volumes to match demand. Ensuring MOTs, V5's and service histories are all up to date will help achieve maximum returns."

Cox claimed that its data showed the used market is not replicating the steep move away from diesel as experienced elsewhere, however.

Despite a 37.2% decline in new diesel car registrations during March, Nothard claimed that fuel type is actually “losing its importance in the buyer decision making process” in the used sector.

He said: “Consumers are now more focused on price and condition, and although relevant, fuel type is no longer the key factor.

“Dealers are recognising this, and so it's no surprise that diesels remain the most prominent fuel type on forecourts (54% of stock compared to petrol at 45% according to Motors.co.uk)."

In its dealer sentiment survey Cox Automotive found that 56% of dealers were 'optimistic about economic conditions' as Q1 of 2018 closed and Nothard predicted a period of “quiet confidence” as he looked ahead to Q2.

He said that dealers are looking to be more efficient across the board in order to move through Q2 profitably, adding: “They ended the last quarter well, with many reducing both overage used and new consignment stock, through the strength in demand of the market and increasing pre-registration activity to achieve end of quarter targets.

“It's put the majority in a strong position for Q2 and as a market, there is good momentum as we move through to the middle of the year."