Manheim has forecasted a buoyant end to 2018 for the used car market following an uplift in buyer activity during September - describing demand for the right stock as "supercharged".

Cox Automotive’s physical car auction business found that three-fifths of dealers responding to Manheim and Cox Automotive’s state of the market survey in September had said that stock availability was “worse than in the same period last year”.

A total of 40% of respondents to the survey reported a reduction in days in stock, indicating strong retail demand, a trend which Manheim said was supported by data compiled by Motors.co.uk, which shows a year-on-year reduction in days to sell of three days.

Manheim reported a 10% increase in conversion rates for vehicles sold under the hammer during September, and a similar increase in the conversion of provisional bids.

Several sales have recorded a 100% conversion rate, it said in a stamen, with Manheim Washington achieving five such sales in a row.

The growing pressure on wholesale stock and apparent demand for used cars follows a H1 2018 period in which used car sales were 2.6% down year-on-year (to 4,125,090), according to data published by the Society of Motor Manufacturers and Traders (SMMT).

Manheim’s customer insight and strategy director, Philip Nothard said: “The scramble for used vehicles this September has been widely discussed but these figures add to the story and confirm dealers are taking direct action to combat supply challenges.”

Nothard said that activity in the lanes through September had come “in stark contrast to that experienced over the summer months” adding that this indicates a “strong return to form for the wholesale sector”.

Nothard said: “With the most in-demand stock in short supply, it’s clear dealers are taking a thorough and hands-on approach to inventory acquisition, arriving at auction halls well prepared and in decisive moods.

“The net result of this is a very robust used vehicle market, with wholesale prices strengthening and demand for good quality stock with the right specification remaining supercharged. With supply continuing to fall and demand rising, we’re braced for a very busy end to the year.” 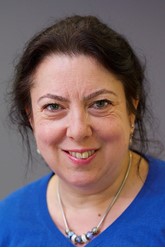