The used car market's record-breaking performance in 2018 is expected to continue this year, the National Association of Motor Auctions (NAMA) has predicted.

“The overall used car market reached record highs in 2018, despite pressures in the new car market with the introduction of the Worldwide Harmonised Light Vehicle Test Procedure (WLTP) in September”, said James Tomlinson, chairman of NAMA.

In terms of the market as a whole, the average price of a used car reached £12,542 last year, according to Auto Trader, which on a like-for-like basis equates to a 5% increase on 2017.

Recent reports are beginning to suggest that there could be a shortage of diesel product in the used car market in the near future.

Used electric vehicles are also gaining traction, however with increasing demand, supply is expected to be an issue.

Tomlinson said: “The market was incredibly consistent throughout the whole of 2018.

"NAMA is optimistic that demand and prices in the used car market will remain stable and 2019 will mark another successful year for the auction sector.” 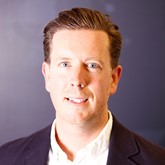