2015 was a record year, but not without its problems 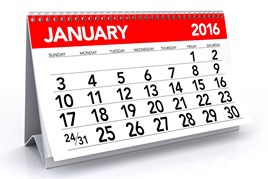 This was a year with plenty of positives for the motor industry. Record numbers of new cars sold, demand for used vehicles kept prices up and we broke records for car production.

The data, and the vast majority of dealer sentiment, points to new registrations exceeding 2.6 million, making 2015 a record year. Used vehicle sales are on track to hit 7.5m, as strong demand continues to drive the market.

Undoubtedly, pre-registration is playing a role in the bumper sales figures, accompanied by some amazing finance deals. A number of large dealer groups are reporting PCP penetration as high as 95% on new car sales. In the longer term, if this trend increases, there could be additional pressure on used values as the volume of cars increases and used car demand declines, but more on that later.

Even in a bumper year for sales, profitability has remained a concern for many dealers. In our most recent study, more than half of the retailers surveyed said margins were tighter than the previous month, and gave November the worst rating in the year.

The volumes of used vehicles also remains an area of focus. From midway into 2008, until about the same period in 2012, the recession saw reduced registrations, with manufacturers acknowledging the downturn, and consumer demand fell away.  As a result, over subsequent years there have been low numbers of used cars coming back.

From March 2012 onwards, and every month since (apart from October 2015), we have had year-on-year increases in new car registrations.

So, we will have the used car supply, but will it be matched by demand?

The threat from PCPs and increased rentals

Pre-registrations obviously have an impact on the used car market when they come back. As they do, there will be a great deal of pressure on late plate values. Fleet and rental/short cycle volumes are increasing year-on-year. Retail only accounts for 2.5% of the increase, while fleet is up 12.6% and rental up 8.4%.

A lot of manufacturers that were not in the rental market during the recession have come back to it strength. They’re increasing their numbers, and therefore the risks, that go with selling cars to a large number of buyers in the short cycle market. We know one fairly mainstream manufacturer has increased its daily rental volume by 75%.

The importance of PCPs to retail demand, and increasingly demand for used cars, is clear. Buyers are lured by a low monthly payment, low deposit, and free insurance with monthly payments of £69 a month and £99 a month being bandied around.

However, every PCP needs a residual value. Every residual value on a used car assumes there will be a used car buyer for it. Without this, PCP doesn’t work. It will be vital for manufacturers and leasing companies to manage the de-fleet process carefully to not distress the market.

A return to the normality of used car pricing pressures

If you consider how values have moved over the past few years, there haven’t been any large reductions. Values have been extremely stable with cars worth similar amounts to what they were the previous year, without model ageing.

The coming year will see slightly more pressure on prices. The pressure has started to build already and will continue into 2016. We can see this as the market returning to normality after the impacts of the recession.

As ever, balancing supply and demand will be key to the market.

Our own surveys show the majority of dealers expect 2016 to beat this year’s record figure for new vehicle registrations. Managing record volumes will require a clear strategy, but presents huge opportunities throughout the supply chain.

■ For a more in-depth analysis of the used car market in 2015 and its prospects for the coming year, see the 2016 AMi Franchised Dealer Report, published in December 2015.