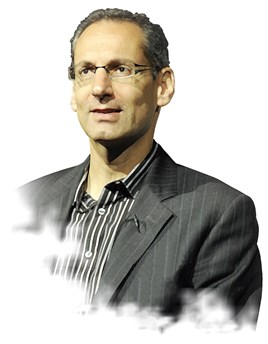 If there is one thing car companies cannot be criticised for, it is underspending on customer satisfaction research. Yet the results of all this time and money are patchy at best.

Many consumers have a favourite store in terms of customer service (John Lewis being a common nomination), but few people quote a car dealer as their exemplar. One of the biggest complaints is that sales people just don’t seem to know that much about the product they are selling. In a way that is unfair – the customer may have spent a week learning every last detail of the 1.2 SE five-door they are interested in, while no salesperson can know that much about every single version in the range.

However, it is an issue that has to be addressed: a consumer that has experienced the product knowledge of an Apple Store employee is not going to be impressed by a salesperson who does not know how to enable the wireless hotspot on a £40,000 car.

Car companies are coming to the same conclusion – franchises, such as Kia, that have started to employ customer assistants who only advise (and leave the selling to others) are reporting improved consumer feedback. However, this is a truth that has not yet been universally acknowledged. When Infiniti launched in the UK, it came up with the clever idea of a two-stage handover. The real basics are covered when the customer collects the car, and there is a follow-up guidance session when the customer is a bit more used to it.

I asked the marketing director of a major volume brand if that approach may be possible in the mass market. He replied dismissively: “We don’t need it – our next generation of electronics will be so intuitive that no education will be required.”

This raises another issue about the changed role of dealer sales staff. Twenty years ago, customers visited up to six dealerships before buying a car. Today, it is normally one or two. Essentially, the customer has largely made up their mind, and the salesperson’s job is to reassure them that they will be comfortable dealing with that particular garage.

That puts an increasing emphasis on treating people as guests rather than customers – it is no coincidence that employees with experience working in hotels often make good salespeople. It also raises the question of whether the salesperson should continue to liaise with the customer: if there is a service problem with the car, should the salesperson act as the intermediary, like a hotel concierge?

However, the more fundamental problem is that there

is a mismatch between the perceived value of the transactions between the customer, the dealer and the manufacturer. The customer may think, “I am paying £10,000 for this car. Why am I getting less attention than when I buy a nice piece of clothing?” The sad fact is there is may be more money for the retailer in selling a £700 suit – and the sale process is far simpler.

Yet car companies can be just as guilty as customers when it comes to mispricing the value of the transaction. They spend much effort trying to work out why a brand that has, say, a 70% satisfaction rating only has a 50% repurchase rate. They ask themselves: “Why would a satisfied customer go elsewhere?”

The fact is that satisfaction is a very poor guide to future behaviour – in restaurants, we are always being asked if everything is OK, and the majority of us generally say “Yes”. Restaurants do not then undertake research to find out why we went to a different restaurant the following week.

Change the measurement of customer satisfaction

While it is true that a dissatisfied customer will probably not come back, it does not therefore follow that a satisfied customer will return. The question a satisfaction survey is really asking is: “Are there any specific reasons you would not buy this product or service again?” Car dealers are starting to understand this . Ian Godbold, marketing director of Cambria, says it now measures “net advocacy” – the number of people that say they would recommend Cambria minus the number that would not recommend them – rather than satisfaction.

Cambria also has an interesting approach to capitalising on poor dealer customer satisfaction – it has bought a number of dealerships from administrators and the common theme to their failure has been dissatisfied customers. It believes taking over failed dealerships and transforming the customer experience is a good business model.

Manufacturers need to manage their expectations

The other fundamental problem is that car manufacturers want three different outcomes. They want to maximise sales, maintain an exclusive distribution arrangement that excludes non-franchised retailers, and also have very satisfied customers. As engineers always reply when asked for a development programme that is better, cheaper and faster: “Pick any two”.