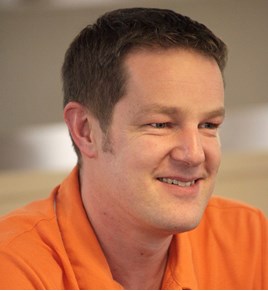 Driverless cars have been waiting in the wings for some time. But now, as Google, Uber and Tesla begin to make the technology a reality, the automotive industry faces a dramatic shift.

In a future where you could simply hail an autonomous car cruising past, why buy one? Driverless cars are set to bring about a completely new attitude to car ownership.

Of course, technological shifts like this don’t come out of nowhere. The rise of transportation networks like Uber and Lyft represent precisely the way things are heading.

Consider the average Uber trip: with sweets, bottled water, and your favourite Spotify playlist playing through the speakers, we’re incredibly spoilt. Add to that the potential for a new date via an UberPool, and car journeys have never been more exciting.

Auto brands, and the dealers who sell their vehicles, would do well to take note of this new emphasis on seamlessness and experience. Being treated like a passenger is markedly different than being behind the wheel. And moving into the future, the car brands that make ours a more pleasant journey, will be the ones that survive.

Many car manufacturers are already starting to grasp what we appreciate. The connected car is a case in point: a vehicle fully equipped with WiFi isn’t just impressive, it’s genuinely useful.

It can interact seamlessly with the devices on your person as well as those at home. This means that you can stream music and voice message safely whilst concentrating on the road. You can even check all is well at home through online security cameras.

Car brands should also look to innovations in other forms of transport for inspiration. Take the weight-load indicators on Thameslink’s new Siemens Class 700 trains, which alert passengers to carriages with the most available seating.

The same technology could translate well to cars – as a method of catering to infant passengers, for example. When the car recognises that a baby or toddler has taken a seat, it could respond by equipping enhanced security features or suggest playing your child’s favourite music.

But plane travel, an industry that hinges on the life of the passenger, could teach us even more about the future of car ownership. Just think, aside from John Travolta, very few of us actually own a passenger jet, yet we view Airbus more positively than Boeing. Why? Because the Airbus A380 offers a superior journey than the Boeing 747.

Entering the market in 2007, it came on the scene for that exact reason – to be the modern answer to the rapidly aging Boeing 747. As cars continue to evolve, it will pay to distinguish themselves from competitors in the same way.

Ultimately, for car manufacturers it comes down to making sure the experience they provide is a memorable one. In fact, according to a survey commissioned by OLIVER Group, 31% of consumers are already feeling disconnected from automotive brands. So right now, the spotlight should be on building a level of engagement with consumers – one that’s harder to break.

Customers will reward them for it in the long run: if an experience stands out, they’ll build an affinity with the brand that provided it.

This feeling of disconnection isn’t just prevalent among millennials – a generation with a reputation for preferring shared experiences over ownership.

We’re already seeing a shift away from car ownership among people of all ages in cities such as Brighton, where the concept of the car club has really taken off. What’s more, driverless cars will take off most in high-density urban environments. So city dwellers will definitely be the ones to target.

In any case, car ownership will never completely die. Many of us will want to maintain the ability to control our vehicles, or at least have the option to. But like all genuinely innovative technology, driverless cars will shake things up immeasurably. So, for car brands that don’t want to get left behind, adaptation and crafting a driving experience that goes beyond their traditional offering is key. To do this they’ll have to get creative. Fortunately though, there are plenty of parallels out there to learn from.