Jim Saker: I disagree with Greta Thunberg – some politicians are evil 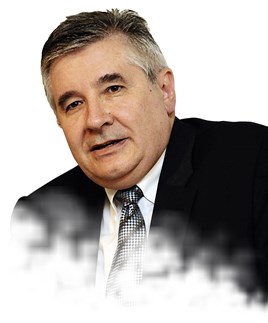 Some years ago, I was walking across a frozen car park in Detroit,having visited the motor show. The moon was out, but it was eclipsed by
the shining blue oval that stood above the famous Rouge Works in Dearborn. A friend who worked for Ford said someone had calculated that Ford and GM cars were responsible for 10% of the hole in the ozone layer. Whether this was factually correct or not, I don’t know, but this was two decades ago. This was long before Greta Thunberg was born, let alone had come to the world’s attention and before schoolchildren left their classes to protest at the lack of reaction from politicians to the global climate crisis.

Thunberg’s speech to world leaders at the 2019 UN Climate change summit was a tour de force and has been widely publicised. At the summit, she stated: “We are in the beginning of a mass extinction and all you can do is talk about money and fairy tales of eternal growth – how dare you!”

Our sector is responding rapidly to the challenge of climate change, with the introduction of alternatively powered vehicles built with more recyclable materials.  The challenge, however, is that the infrastructure for EV or even hydrogen-powered vehicles is not yet in place.

The industry relies on the Government to come up with a plan, and support to make these new technologies available to the widest possible population.

Of course, as a sector we cannot shun all responsibility – we have been slow to react, but so have the general public in demanding alternative power trains. The environmental movement is rightly gaining both traction and credibility. Green politics will become increasingly mainstream.

Some years ago, Barney Sturgess of Sturgess Motor Group wrote a Master’s thesis at Loughborough  on the concept of the ‘green dealership’. The conclusion was that customers wanted to be green, but weren’t prepared to pay more to achieve it.

If this study were conducted again today, I suspect the overall result would be the same, but the findings would be less conclusive. A tipping point is being reached where being ‘green’ will be the norm.

Perhaps the most telling part of Thunberg’s speech to politicians was when she said: “If you really understood the situation and still kept failing to act, you would be evil – and this I refuse to believe.”

I disagree with Thunberg – how would you describe a climate change-denying US president or UK politicians who lie, break the law and commit election fraud?

Evil may sound like a Biblical description, but I challenge anyone to come up with a better description of a politician who harms our children’s future for their own political and monetary gain.