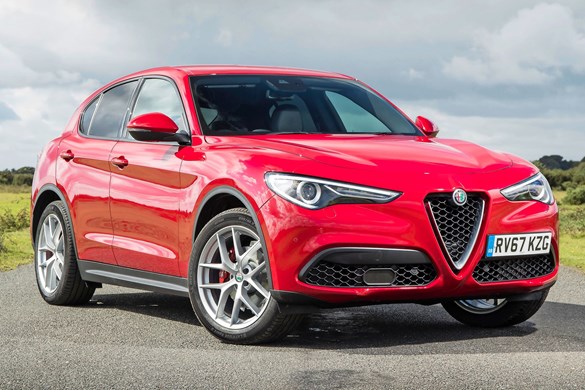 Predicting that the latest addition to your model line-up has the ability to  almost double your brand’s registrations is a bold claim – especially if it is your debut in a segment.

But that is the potential that Alfa Romeo country manager Andrew Tracey sees in the Stelvio, the Italian manufacturer’s first SUV.

At the UK launch of the Stelvio – a rival to the likes of the Jaguar F-Pace, Mercedes-Benz GLC and Volvo XC60 – Tracey told AM he felt it could achieve 4,000 annual registrations. Alfa Romeo achieved a total of 4,881 registrations in 2016, according to the SMMT.

Like its saloon sibling, the Giulia, the Stelvio has already hit the headlines. In September, the performance-focused Quadrifoglio variant (a 510PS twin-turbocharged 2.9-litre V6  – due in UK showrooms next year) set the fastest lap by an SUV at the Nürburgring (seven minutes, 51.7 seconds).

Rear-wheel-drive – branded as Q2 – is available on the standard Stelvio and ‘Super’ specifications, in conjunction with the lower-powered diesel model, with the Q4-badged all-wheel-drive system standard on all Speciale and Milano Edizione trim levels. 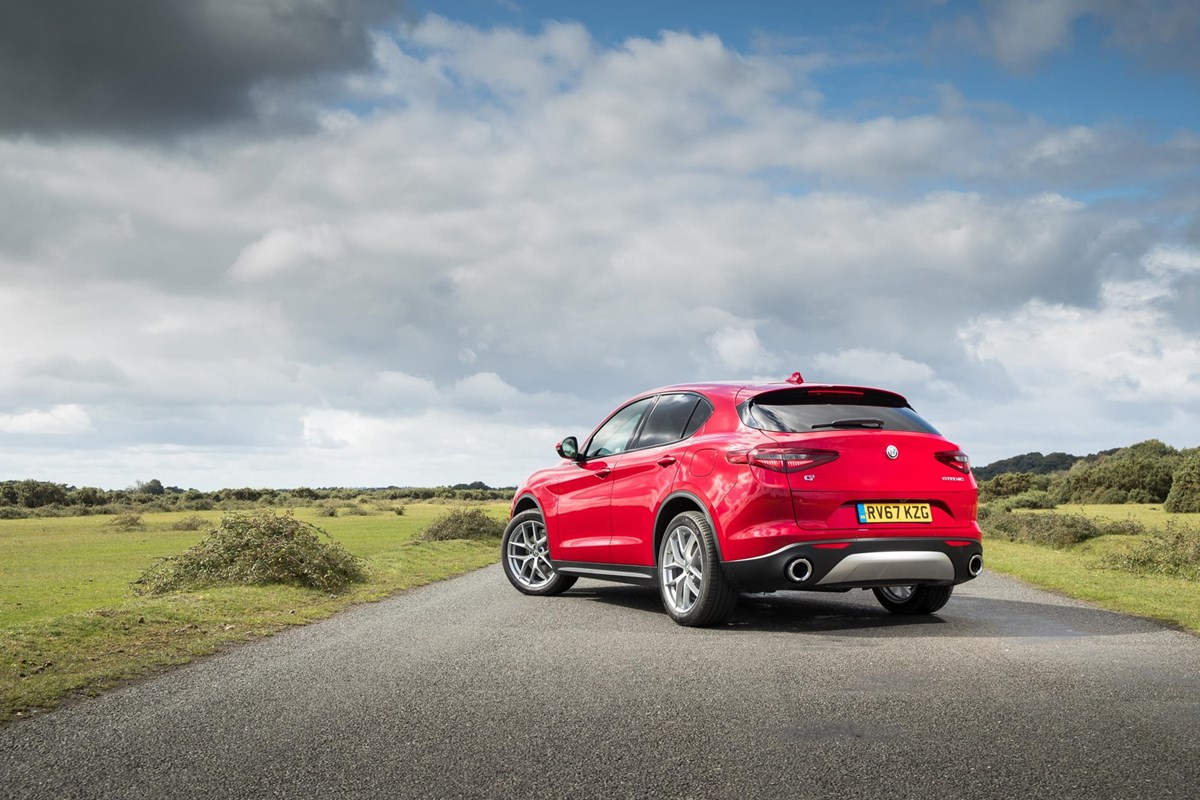 Standard equipment on the outside of the entry-level Stelvio includes 17-inch alloys, LED rear lights and twin chrome exhausts. In the cabin, there is dual-zone climate control, a 3.5-inch TFT colour cluster instrument panel, and the UConnect 8.8-inch infotainment system with DAB radio and Bluetooth connectivity.

This came as a result of the inclusion of what is billed as a “segment-first” brake-by-wire braking system. This delivers ABS without the usual fluctuation in pedal feel, as well as autonomous emergency braking with pedestrian detection, blind-spot monitoring, collision warning and lane departure warning systems.

Alfa Romeo has gone to great lengths in developing the Giorgio platform that underpins the Stelvio and the Giulia.

A carbon-fibre drive shaft – which may be  something more expected in the FCA Group’s Ferrari brand – combined with  aluminium doors, bonnet, boot, suspension and sub-frames, all contribute to a stated kerb weight of 1,659kg – 116kg lighter than the F-Pace.

The result, according to Alfa Romeo, is impressive performance. The most powerful Stelvio can reach 62mph in 5.7 seconds and has a 143mph top speed, while the entry level 180PS diesel manages the same acceleration benchmark in 7.6 seconds.

The entry-level model is the most frugal, with a claimed fuel efficiency of 60.1mpg and CO2 emissions of 124g/km. That makes it cleaner than the F-Pace and GLC on paper, but the new XC60 diesel delivers 62.8mpg, according to Volvo, while the T8 plug-in hybrid is capable of an unlikely 134mpg.

Dynamically, though, the Stelvio feels more akin to the F-Pace out on the road. Fundamentally rear-wheel-drive, 100% of the power is sent to the rear wheels until the Magneti Marelli electronics detect a loss of traction, at which point it can deliver as much as 50% to the front.

Like the Giulia, the Stelvio’s steering is quick and responsive. Its accelerative and stopping abilities are sure to impress test-driving customers given the chance to explore the car properly.

An over-abrupt initial braking phase and limited feel through a left pedal that has no mechanical link to the calipers might prove an acquired taste, however.

The Stelvio’s interior is less of an acquired taste. The same neatly integrated touchscreen and paddle shifters as the Giulia are among the highlights that set its apart from the German and British competition.

A stylish, clutter-free feel is further enhanced by the optional Lusso pack (priced between £1,900 and £3,500 depending on trim). It is typically Italian and again has an appeal to which customers are likely to warm if retailers can get them behind the wheel.

As Tracey put it: “(We need to) get them into the car.” If they can do that, the Stelvio may hit Alfa Romeo’s lofty volume aspirations after all. 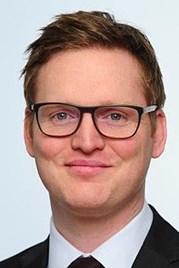 Expectations appear to be high following the generally warm reception that the Giulia saloon has received. What are your expectations for the Stelvio?

Stelvio is in a bigger segment than Giulia, so I think we’re looking at about 4,000 units over a full year and into 2018, but I also think it’s got the potential to really take off in terms of demand and we do have open production so we can meet that demand, but we won’t push. We don’t
need to.

Which trim level do you expect to be the biggest lure to potential buyers?

With the Giulia, the Speciale trim is the heartland of the car. Even though we expect to sell 60% of Stelvios in the top two trims, , realistically, is the corporate sector’s main car.

As of September, that trim (in the Giulia) has the best RV in the segment, better than Jaguar, BMW, Mercedes-Benz or even Audi, which is a standard ahead of everyone else in terms of RV.

To go into the market number one is a real credit to the way the car has been managed and the way the volumes are being managed.

I think that’s an advantage over competitors. We may be a million miles away from them in terms of volumes, but we certainly aren’t in terms of product and our RVs now reflect that.

When did retailers get their first taste of Stelvio and what has their reaction been?

The car was shown at the LA Motor Show last year in Quadrifoglio form – that’s when the dealers were first shown. We then had a big Geneva reveal, a media drive in St Moritz and the dealers were invited to Goodwood to see the official UK reveal of the car. Then we rolled out
a process of technical and sales training.

In early August, they had technical training, which saw 500 people go through a four-day course. They spent 99% of the time in the car, driving it alongside its key rivals, and they were blown away by it.

What is the biggest challenge that retailers face as Alfa Romeo enters a totally new sector?

Clearly the key thing is generating awareness and getting people into showrooms.

The experience sales departments had behind the wheel during their training was essential in reflecting what we need to do with consumers, and that is get them into the car.