GS SUV is not a silver bullet, says MG 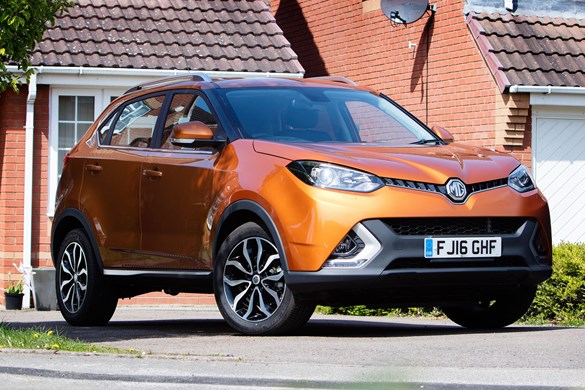 If MG Motors UK was ever to have a hope of hitting its target of 20,000 registrations within five years, an SUV was a must. Enter the MG GS, which appeared in UK showrooms in mid-June.

Because of MG retailers’ relative lack of footfall – there will be 90 outlets by the end of 2016 (up from 58 at the end of 2015) and 110 a year later, according to MG Motors UK sales and marketing director Matthew Cheyne – the brand decided to embark on a campaign of face-to-face marketing activity to build a database of 5,000 potential customers, with data-gathering at public events such as the British Touring Car Championships.

At the GS’s recent press launch, Cheyne told AM that “the GS does move things on a long way from the MG3 and MG6.

“This is not a silver bullet, though. We are careful to appoint retailers who are not unduly distracted by other high-volume brands because they need to go out and sell the MG brand and that is the case here, too. If they get it out there and in front of potential customers, this is a vehicle that really could transform a business.”

The GS comes with a five-year 80,000-mile manufacturer warranty as standard.

The GS will be competing with the likes of the Ford Kuga, Kia Sportage and Nissan Qashqai in the SUV C-segment. However, without a diesel engine option, the MG GS will lose out in fleet terms to the likes of the Qashqai and Sportage.

He believes the low ownership costs presented by the GS, backed up by CAP residuals of between 41% and 42%, along with a new B-segment SUV and updated MG3 due in 2017, will help the brand realise its growth ambitions.

“We are realistic about where we are going and where we need to be, but we have to aim for growth and allow our retailers to be entrepreneurial and make the profits which the products have the potential to achieve.”