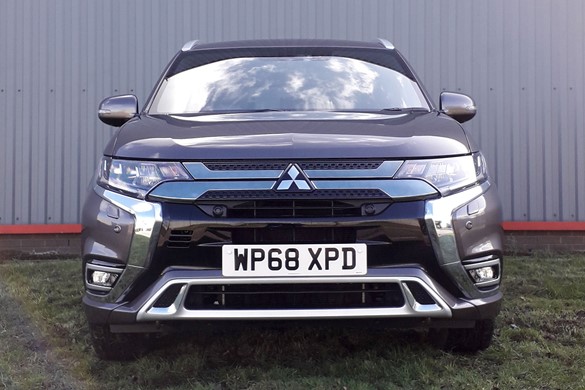 It’s time for my final report on the Outlander PHEV. I have lived with it for just over six months and I fear it’s going to be a painful split.

I have found the claimed 28-mile full electric range more than adequate for most regular journeys and plugging in to my 7kW Podpoint charger at home or the 20kW chargers at work has become second nature. I’ve calculated that it has typically cost me about £9 per week for commuting to and from the office, compared to about £16-£18 for fuel when I’ve driven diesel family cars in the past. For me, that saving more than makes up for the 40mpg I get on sporadic long journeys that require the petrol engine.

My few minor inconveniences include the switches for the heated seats and instrument panel display being quite obscured. And sometimes Android Auto doesn’t connect first time, until I restart my Samsung phone (possibly my phone’s fault). But these are far outweighed by the positives of the Outlander PHEV.

Buyers will love its clever features, such as the ability to pre-programme the cabin heating/cooling, to activate while the car is plugged in. I set our PHEV to begin cooling the cabin 20 minutes before I typically leave the office, so by the time I got into the car I avoid the oven-effect of being parked in the sun all afternoon. It’s such a simple pleasure.