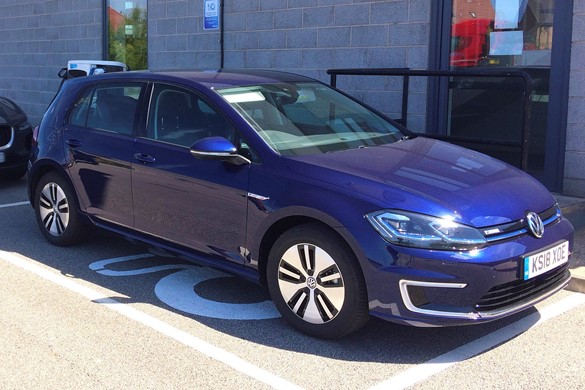 An increasing number of independent retailers are moving towards only selling EVs on their forecourts, according to Chargemaster’s director of communication and strategy, Tom Callow.

In a presentation at the AM Digitech conference earlier this year, Callow cited JD Cleve, Grimsby; Drive Green, Bristol; and EV Expert, Guildford among a list of emerging EV specialists.

He also challenges the perception of EV residual values (RVs) as being weaker than non-EVs.

At time of writing, VW used car and aftersales operation, White Rose Petersfield, had five e-Golfs in stock. Sales manager Paul Rabbets said the cars were bought from VW Financial Services and were being used by sales executives ahead of a delivery of five new e-Golfs.

“There has been a lot of interest and we’ve delivered a number of test drives,” he said.

“Our prices are artificially high because we want to keep them for a while, but I’ve no doubt that they will sell quickly when we align the prices more closely to what they should be.”