Audi's R8 is a technological masterpiece 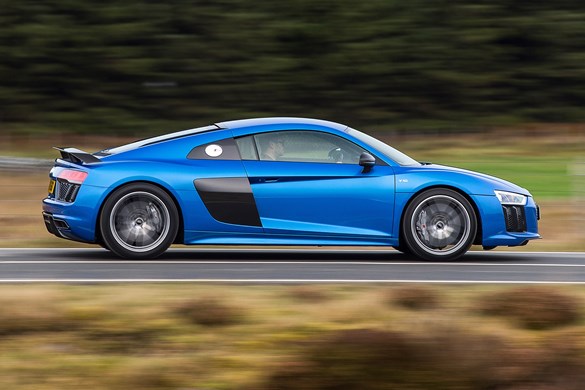 Audi UK dealerships have recently begun handing over their first customer orders of a car referred to by the brand as “the state-of-the-art benchmark for Vorsprung durch Technik”.

Translated from Audi’s marketing speak, it means the R8 V10 is the fastest, most powerful production Audi ever. It features new technologies such as ‘laser’ lights and a customisable digital ‘virtual cockpit’ display, and makes extensive use of aluminium and carbon fibre-reinforced plastic in its structure.

The Audi R8 is obviously not crucial for its impact on sales volumes – annual sales in the UK are about 400 units – but the sports car plays a vital role as a halo model for the brand, reinforcing the idea that Audi is not all about conquering the company car market.

“The whole car is head and shoulders dynamically ahead of any other Audi road car that we’ve ever been able to deliver” Katie Purcell, Audi

The R8 is also a good profit source for the 38 Sport Centres within Audi’s UK network that specialise in R8 and RS models – the coupé starts at almost £120,000 for the stock R8 V10 and almost £135,000 for an R8 V10 Plus. Buyers will typically add at least 10% to the invoice after going through the extensive options list and creating their dream car. On the media launch, we were driving cars with an on-the-road cost nearing £155,000. 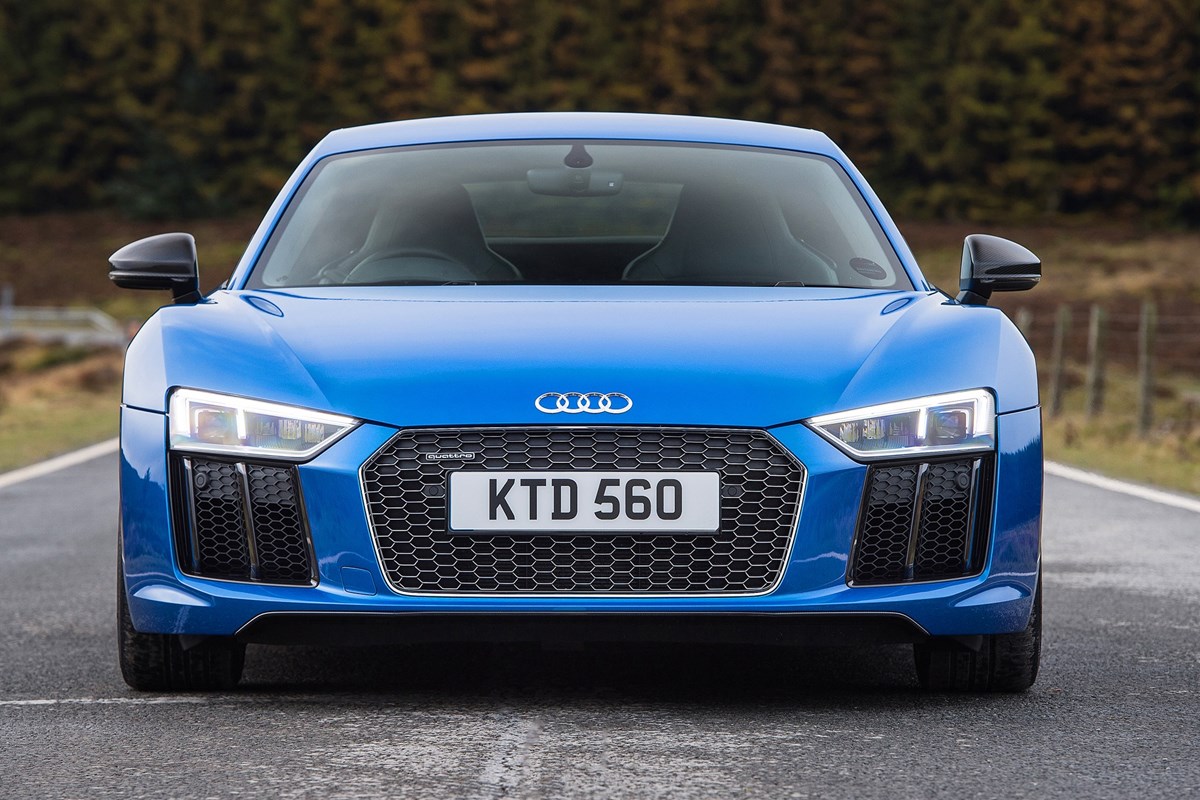 From studying how customers bought the first-generation R8 since its 2007 launch, Audi has decided to eliminate manual transmission – it represented only 1% of orders – and make the new R8 available solely with S-tronic dual clutch automatic and steering-wheel mounted gearshift paddles. In addition, all R8s will come with the hand-built 5.2-litre V10 engine shared by the Lamborghini Huracán, now upgraded to either 533bhp in standard form or 602bhp in ‘V10 Plus’ guise. Quattro all-wheel drive is standard.

“The whole car is driver-focused and it is head and shoulders dynamically ahead of any other Audi road car that we’ve ever been able to deliver. That means acceleration, power, pace and nimbleness. This car is going to be really rewarding for the most demanding of drivers,” said Katie Purcell, product marketing manager for R8.

Audi hasn’t messed around much with the external styling of the R8, which means that for many customers it may be hard to distinguish the second-generation car from the original at first glance. However, the slightly sharper lines, 19in alloys, all-LED headlamps and rear indicators with sweeping function are among the visual cues. Once they are seated inside, there’s no mistaking the new model, thanks to that clever 12.3in digital ‘virtual cockpit’ display and the sports steering wheel, which, in addition to the usual thumb-wheels, now contains buttons for the Drive Select mode, the ignition, the switchable exhaust, and one labelled with a chequered flag that delivers the owner’s pre-saved dynamic preferences. The need to remove a hand from the steering wheel is minimised to allow the owner to focus on the drive.

Out on a test drive, the customer will notice that the engine pulls happily to its 8,500-rpm redline, with the whole

instrument panel changing colour when it’s time to change up a gear when using the lightning-fast paddles behind the steering wheel.

In a nod to the environment and efficiency, the V10 engine comes with a stop-start system and cylinder-on-demand technology, which shuts off one of the two cylinder banks when the engine is under light load. As a result, Audi claims a fuel economy improvement of up to 13% compared with the predecessor – the R8 V10 can achieve 24.8mpg economy and 272g/km CO2 emissions in official tests (15% and 12% improvements over the old model), while the V10 Plus manages 23mpg and 287g/km.

However, thanks to the glorious sound of that engine when revved, enhanced further by an optional sports exhaust system on the car we drove, it’s unlikely any buyer will see similar figures.

A standard Audi Drive Select system offers the buyer a choice of four modes – comfort, auto, dynamic and individual – which alter the characteristics of the engine, steering, transmission and all-wheel drive system. A fifth mode, performance, is optional on the V10 and standard on the V10 Plus and has its own button. A control wheel can also let the driver select between dry, wet and snow settings for optimum grip.

The R8 V10 is a technological masterpiece, a supercar that can flatter any prospective buyer who tries out the driving seat. To reward them for their choice and enable them to get used to the R8 in safety, all UK buyers are invited to join Audi at Silverstone for a complimentary full day’s training in the R8’s capabilities.

What your customers will read about the Audi r8

The new Audi R8 is a big leap on from the original in terms of performance and tech, but still earns its ‘everyday supercar’ tag.

What the R8 V10 Plus brings that the 911 Turbo S, AMG GT S and in-coming McLaren 570S can’t quite counter is a proper supercar-grade engine: big capacity, exotic cylinder count, no turbos and a high rev limit. Only the Aston Martin V12 Vantage S comes close to competing on this score. But that awesome mid-mounted lump is just one aspect of a performance so accomplished it may leave rivals running for cover in all areas.

You’ve got the superb graphics and design of the ‘virtual cockpit’ screen, the telematic features of a high-end saloon, brilliant ergonomics and quality. Yet it still feels like a supercar.