Will 500X mark the spot for Fiat’s fortunes? 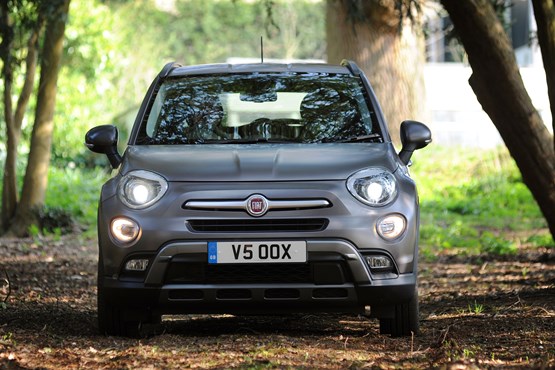 Fiat aims to grow its new car registrations to 70,000 units in 2015 as it continues to capitalise on the draw of its 500 sub-brand.

Fiat’s registrations in the UK are primarily driven by the 500, which accounts for about two thirds of annual volume, and that sub-brand has been carried over into the 500L compact MPV and now a crossover SUV, badged the 500X.

“The 500X needs to create another important pillar for the brand, so we don’t rely on one car,” said Elena Bernardelli, Fiat UK group marketing director.

In the UK, the Fiat 500 city car has been perceived as a fashion object, so the 500X has to carry on and enhance that perception, but in a slightly more grown-up segment, she said. The model’s aim is to keep linking Fiat with the design and cool attributes, but show it’s also about technological, robust, quality cars.

Bernardelli said the 500 dramatically changed Fiat’s customer base. Its core product was previously the Punto, bought by a young, mainstream audience based on its price. The customer base for the 500 is across age brackets, mainly female, and seeks lifestyle appeal and design. She hopes the 500X will also appeal to a slightly older customer, particularly men Fiat describes as “stylish adventurers”.

Fiat’s crossover is expected to be a full margin car that doesn’t need heavy discounting and will tempt some Fiat 500 owners who desire a bigger car.

Fiat’s analysis of its customers’ PCP expiries shows 10% of current 500 owners are likely to choose crossover next, and the carmaker plans loyalty offers to encourage their transfer into 500X. These will account for 3,000 of its projected 10,000 500X sales in 2015.

In the medium-term, Fiat wants to become a top five brand in the crossover segment, which would equate to annual 500X registrations of 14,000 to 20,000 units across the private, Motability and corporate segments.

The 500X range is split into two styling streams, the first inspired by metropolitan lifestyle and available in front-wheel-drive only, and a second influenced by off-roaders and offered with all-wheel-drive and front-wheel drive powertrains. Models in the first stream are badged Pop, Pop Star and Lounge. Models in the second stream are badged Cross and Cross Plus. These two are distinguished from the others by a higher ride height, different bumpers to improve the approach and departure angles and protective shields underneath, and they have a textured dashboard in matt grey, rather than the body-coloured dashboard of the others. They are also the only models offered with Traction+ grip control system or 4x4 transmission.

“We offer features that are more normally associated with cars in a higher market segment to attract C-segment customers moving down as well as B-segment customers,” said Kate McLaren, head of Fiat brand.

Demand is predicted to be split equally between petrol and diesel variants, with the £19,095 1.6-litre diesel Popstar in front-wheel drive becoming the most popular model.

The Telegraph
The Fiat 500X succeeds in offering much of the charm of the 500 city car in a bigger, more practical package. And while it does have flaws, they’re generally the ones that afflict all cars of this sort. Just make sure you can live with its unsettled ride.

Car magazine
The cabin quality is perhaps the best Fiat has ever produced, and you can sense there’s been real attention paid to the engineering. The 500X trades a touch of ride comfort for keen cornering capability. The ride isn’t really uncomfortable, it’s just a bit crashy over sudden surface imperfections. Fiat has taken a serious look at itself and the competition, and produced something that feels well made, neat and tidy to drive, and looks distinctively stylish.