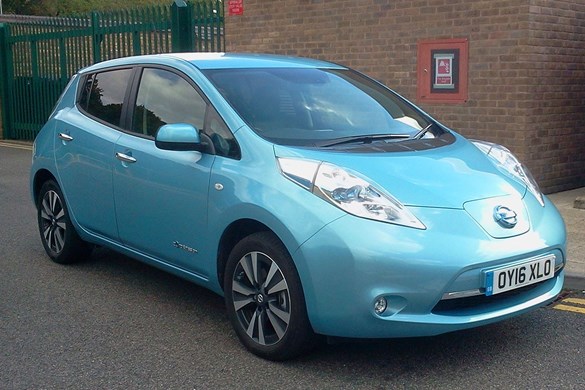 The UK has been responsible for about one in four European sales of the Nissan Leaf since its 2011 arrival.

Nissan’s data shows that as electric vehicle uptake continues to gather pace, there has been more demand for the Leaf in the UK in the past 12 months than in the model’s first three years on sale.

Ed Jones, electric vehicle manager at Nissan Motor (GB), said: “Nissan Leaf owners are some of the most satisfied drivers on the roads today. They have realised switching to all-electric power delivers so many benefits – running costs about four times cheaper than that of a conventional combustion engine and up to 40% savings in vehicle maintenance, to name but a few. There’s a good reason the Leaf is the best-selling EV in the UK.”

The original 24kWh model had an official test range of 124 miles on a full charge, which translated to about 70-80 miles of real-life driving. This year, Nissan introduced an upgraded Leaf, with a 30kWh battery, capable of 155 miles on the official test cycle.

It is this car which AM will be driving and reviewing over the next three months. A short previous period with the 30kWh Leaf suggested an actual range of 110-120 miles, which makes the electric-powered hatchback a more feasible proposition for some families. Our initial use has been only for 18-mile round trips to AM’s office, which meant a single charge lasts all week. However, in the weeks ahead, our Leaf will venture farther.