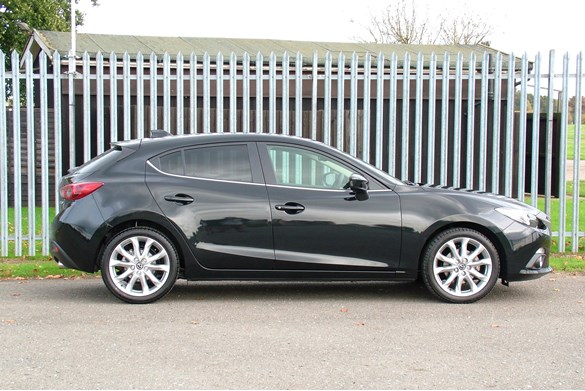 AM’s year running a Mazda3 is almost up, but it is ending on a high. After the minor hiccups attempting to book the car in for a service, as we reported last issue, the standard of the service itself was exemplary.

As per the booking, local Mazda franchisee Donalds in Peterborough collected the Mazda3 from AM’s offices and returned the car, sparkling clean and vacuumed, well before the end of office hours, so its downtime was limited to about five hours.

After taking the payment of £210.70 over the telephone, Donalds posted out a slick, branded folder containing a copy of the Mazda’s digital service record, and an itemised invoice.

The invoice confirmed that the car has had engine flush and a fuel system cleaner as well as the usual oil change and screen wash top-up. It also verified that no fault codes were present during its diagnostic check, which was reassuring after the recent episode when a colleague stalled its engine and restarted it, only for it to go into a limp home mode until a roadside recovery patrol was able to clear the fault code.

The workshop also rotated the Mazda3’s tyres, a practice which Mazda UK promotes and the car reminds owners of every 10,000 miles or so.

Copies of the free vehicle health check and cosmetic check forms were also provided in the folder. They showed all aspects were rated green, and even after 12,000 miles the front tyres still had plenty of tread depth remaining.

We’ve been aftersales customers of Donalds Mazda in Peterborough for more than six years now and its level of service has never failed to tick all the right boxes, even though its service receptionists have changed over time.

Donalds believes in the nice little touches. The helpful staff and the wash and vac really count, as does the collection and delivery service because the dealership is in the city centre and finding a parking space can be an issue.