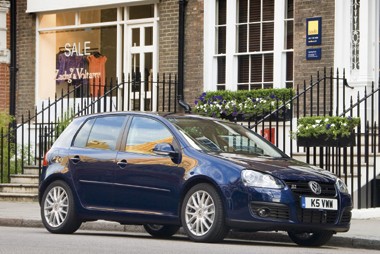 Volkswagen dealers have opened their order books for the new Golf, due for first deliveries in January 2009.

But a week spent in the current model shows it still has a lot to offer savvy customers.

The car we tested had 10,000 miles under its belt, but still felt as solid and dependable as a just registered example.

Thanks to VW’s staid design, the interior doesn’t seem so dated.

The punchy yet economical 1.4TSI engine is carrying over to the sixth generation car, which is good news. Its combination of supercharging and turbocharging a low capacity petrol engine means there’s decent performance available when needed, yet almost 40mpg combined fuel efficiency.

One criticism of the GT spec, however, is that the car feels highly sprung.