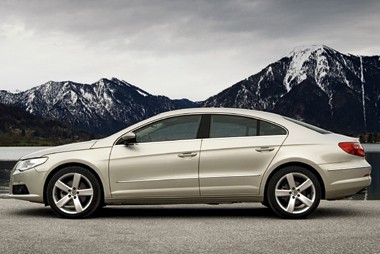 It’s without doubt a stunning looking car, but there’s a nagging doubt – is there any point to the Passat CC?

It does very little that the saloon Passat doesn’t already do, apart from seat four adults instead of five. Perhaps that’s the point – it has the Passat’s practicality (including sizeable boot) wrapped up in a stylish coupé body.

Volkswagen says it will appeal to drivers who want looks as well as load space.

The 2.0 TDI will account for two-thirds of the 5,800 CCs sold next year and it’s a solid, though not spectacular, performer. One for the style-conscious, then.