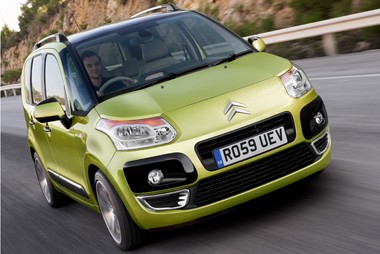 “It’s brilliant”. This is the answer a Citroën spokesman gave when asked why dealers should benefit from having the C3 Picasso in their showrooms. Laconic he may have been, but he has a point.

The C3 Picasso has won consumer and trade awards since its launch in May, with the latest being the New Car of the Year title from AM awarded just last month. That acknowledged its mix of stand-out design and technologies, like Bluetooth connectivity with practical and efficient elements such as the spacebox storage system and relatively low CO2 emissions/high mpg returns.

A plus for Citroën over rivals like equivalent Nissan Note and Renault Grand Modus models is the advantage in residual values. The Nissan and the Renault with a 1.5-litre diesel engine and equivalent trim retain £4,600 and £3,775 respectively over three years/60,000 miles; the C3 Picasso £5,625, according to CAP, although its on-the-road price is higher.

“The C3 Picasso has won every single group test its been judged in by the consumer press with very few exceptions,” the Citroën spokesman said. “I can’t think of another product that has won so many awards in its
first year.

“Such recognition makes it easier for dealers to sell the product as the showroom appeal is enhanced by customers’ prior knowledge of it. With such a considerable headwind in interest it is bound to be a profitable sale for dealers.”

A Citroën dealer said the key competitor to the C3 Picasso was the Nissan Note and on its boxy design, he said, consumers “love it or hate it”.

But the car was proving a particular success with Motability customers.
Unit sales from May to the end of 2009 were 8,224. This compares to 2,943 for Kia Soul and 2,195 for the Renault Grand Modus.

Citroën’s expectations for full-year 2010 are “to sell more”, the spokesman said.